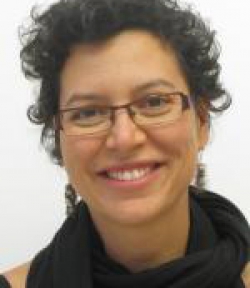 EWM: How would you explain your research  to a non-specialist?

My area of research is complex algebraic geometry, with focus on birational geometry. Birational geometry aims to classify and describe the structure of algebraic varieties. Roughly speaking, every complex algebraic variety can be built up from varieties from three special classes, which can be thought of as the classes of varieties with positive, negative and zero curvature. Varieties in the “positive curvature” class are called Fano varieties. A great part of my work is devoted to studying these varieties.

EWM: Which are your favourite results up to now?

I very much like my series of works on Fano foliations in collaboration with Stéphane Druel. Important problems in complex algebraic geometry can be approached using holomorphic foliations. On the other hand, a new theory of birational geometry of holomorphic foliations has recently emerged. Together with Stéphane, we have developed the theory of Fano foliations, revealed some of their special properties, and classified some of them.

EWM: Can you tell us something about your story? When did you decide to be a mathematician and why?

I have loved mathematics since high school. But I was not aware of the researcher career in mathematics until my first year in university. When I entered university I thought of studying engineering or physics. In my first year of studies, I took classes in all science and technology departments to figure out what I wanted. When I took my first serious mathematics course, a course in analysis, it was very clear to me that this is what I wanted to do in my life.

I took my degree in Brazil and did my PhD in Princeton with János Kollár. After my PhD I came back to Brazil and I was a postdoc at IMPA for two years. After that I got a tenure track position at IMPA and I have just been promoted to full researcher, which is the highest level at IMPA.

EWM: Do you teach?

At IMPA we have only a graduate program, during three terms. I teach two classes per year, so I have one term off teaching. In the summer term, in January and February, we also offer courses for undergraduates, which are in general introductory courses so they start to get familiar with some areas of research: for example, this year I did a course in projective geometry for them.

EWM: Has anyone supported you in your choice and during your career? Or the opposite: any obstacles you remember?

Both  my parents are engineers, and for a moment they were happy that I would follow the same path. But they understood that mathematics was my passion and that I was very sure in my choice to be a scientist, a mathematician. They were always supportive and proud of my achievements.

EWM: You are the only woman among the permanent staff at IMPA:  any comments on that? Is the presence, in numbers and roles, of  women in mathematics in Brazil much different with respect to other countries? Are there ongoing actions regarding women in maths? Which are the most urgent issues, in your opinion?

Yes, at this moment I am the only woman among the permanent staff at IMPA. I consider this a shame for such a prestigious institution as IMPA. I hope it will change soon, we are suggesting to the directors of IMPA that they should make an effort to hire women and they agree.

In terms of numbers and roles, the situation of women in mathematics in Brazil may be similar to that of many other countries. It’s difficult to have a clear picture because it is difficult to get data: we started to ask funding agencies to have statistics about the number of women working in research and getting these data is very difficult. And Brazil is a huge country with many regions, with different cultures and huge social differences.

However, the lack of organizations of women in mathematics has made the situation of Brazilian women especially difficult, notably in institutions where there are very few of us. The gender issue in Brazilian mathematics has remained overlooked and undiscussed until very recently. In the last few years, however, several independent initiatives have been taken to bring to debate the gender issue in Brazilian mathematics, as well as to gather in collectives and networks.

We are now organizing round tables about gender issues and we organize them in various cities in order to bring women together and discuss the issues they are facing, and to get a global picture of the situation in Brazil. There are the usual problems, such as gender bias or hostile environments, and some women are facing harassment issues but we believe that once we are organized we become stronger to fight them. This debate aims at gathering women together to start talking about these issues, because if you are by yourself it is more difficult to move away from problematic situations.

In the upcoming Brazilian Mathematics Colloquium (the most important mathematics meeting in Brazil, which happens every two years), we are organizing a round table and panel discussion about the challenges and perspectives of women in Brazilian mathematics. Similar initiatives have been happening in other countries in Latin America. With the support of the Committee for Women in Mathematics (CWM) of the IMU, women and collectives from the region have been exchanging ideas and experiences, and there is a hope to launch a Latin American organization for women in mathematics in the future.

EWM: Which is the distribution of women among students in maths?

EWM: You are one of the organizers of ICM, and you are also organizing the World Meeting for Women in Mathematics as a satellite event: please tell us something about these events and their organization.

It is a great challenge to organize these events, but it is also very rewarding. We are using the ICM 2018 in Rio to improve public awareness of mathematics in Brazil. The biennium 2017/2018 is now officially the Biennium of Mathematics in Brazil, with several initiatives aimed at the general public. We have recently had a Math Festival in Rio, with great success, especially among children. There were many activities, including the Imaginary exhibitions, and it was full of children, mostly seven or eight years old. It’s interesting to see how much small children are interested in maths, they are curious, they ask questions and then something happens and the interest disappears. It is something for us to think about.

The World Meetings for Women in Mathematics, (WM)^2, will be a mix of scientific activities and important debate about the gender issue in mathematics, most especially in Latin America. It will be a great opportunity to consolidate the networks that have been forming in the region. We will have a round table with women mathematicians from various countries in Latin America: CWM/IMU has a program to support networking events for women and we had already a few meeting: in Mexico and Chile, for example, there are already collectives and organization: (WM)^2 will be a very important meeting point to exchange experiences and start organizing women mathematician in Brazil too.

EWM: Have you participated to the organization of the Mathematical Olympiad in Brazil? Do you think this events help to encourage students towards mathematics?

No, I have not been involved with the organization of the Mathematical Olympiad in Brazil. But I think it is a great program, which effectively encourages students towards mathematics.

EWM: Which are your passions, apart from mathematics?

I have a 14 month old son, which became my greatest passion. Motherhood changed many things in my life. I am leaving aside for a while my passion for hiking and adventure trips, while discovering new passions, such as singing.