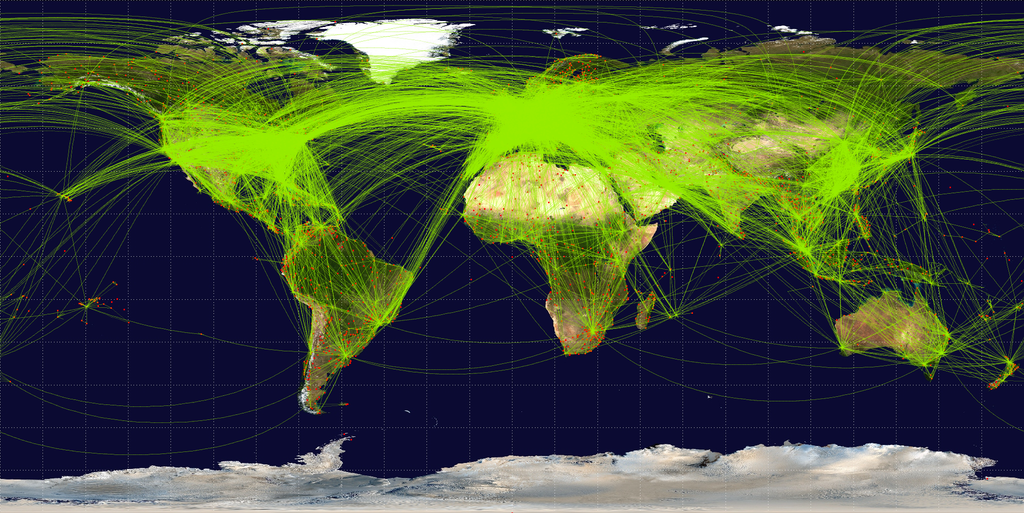 Modelling, a powerful tool in the time of the COVID-19 pandemic

At the beginning of 2020, the scientific community was involved in an important new challenge related to the newly discovered coronavirus SARS-CoV-2. According to the World Health Organization (WHO), coronaviruses (CoV) form a large family of viruses that can cause illnesses ranging from the common cold to more severe diseases such as Middle East Respiratory Syndrome (MERS-CoV) and Severe Acute Respiratory Syndrome (SARS-CoV). Coronaviruses are zoonotic, meaning they are transmitted between animals and people. The novel coronavirus SARS-CoV-2 is a new strain that has not been previously identified in humans. On March 11, the WHO declared COVID-19 a pandemic, pointing to the over 118,000 infected people in over 110 countries and territories around the world and the sustained risk of further global spread.

Trying to use mathematical tools for solving real-life problems is an exciting challenge. The interdisciplinary approach can produce innovative results, as has been demonstrated once again during this pandemic. The role of mathematical models in this historical period is fundamental, thanks to susceptible-infected-recovered (SIR) models, and modified versions of them, prediction of possible evolutions of the pandemic are made. A mathematical model can give us different future scenarios, depending on the hypothesis made to build the model.

The role of mathematical models in this historical period is fundamental.

My background is in mathematical modelling applied to eco-epidemiology, ecology and medical issues. I have worked on many different biological and medical systems, such as wastewater bioremediation, the disease caused by pathogenic fungi on an olive tree, predator-prey systems, asymptomatic malaria, the electrical activity of the pancreatic beta-cells, and the cure of cancer with viruses. What I have learned until now is that a mathematical model is not a magic box but an amazing tool. Thanks to a simple system of ordinary differential equation, one can describe the evolution in time of the density of a population, such as prey and/or predators if we refer to predator-prey models, or susceptible, infected and recovered people if we refer to SIR models.

In mid-March I started working on the COVID-19 pandemic, beginning with building the model. The approach was a bit different than the previous models I have built because little was known on the biological part of the problem. Some of the important questions were: Is the viral load in asymptomatic people the same as in symptomatic people? Once infected and recovered do people become immune to the disease? After how many days did people become infectious once they got the virus? And the list can go on.

Writing a mathematical model is nothing else but “translating” the biological assumptions in ordinary differential equations, which I find incredible. A first step to build an ODE system is choosing the variables (which are named as so because they vary depending on time), in this particular case, they describe the dynamics in time of COVID-19. When the variables can be measured they represent our data, used to validate the model. However, the chosen variables also depend on the data that can be collected. A second step in building a model is defining the parameters of the model, these are constants and represent rates, such as infection rate, recovery rate, mortality rate. These values can be found during the validation process when the model is fitted with the known data. Once the model is built, both a qualitative and quantitative analysis can be made using tools from analysis, mathematical physics and numerical analysis. Building mathematical models is not only interdisciplinary research that combines different “languages”, such as biology and mathematics, but also inter-sectorial research that combines different disciplines inside the more general mathematical branch.

The key factor here is the teamwork between mathematicians, biologists, medical doctors, etc., who together help those who need to take important decisions.

A mathematical model is a powerful tool, but the limitations that a simple mathematical model can have should be taken into consideration, consequently, the obtained results must be interpreted in this perspective. The results of a studied model can predict different future scenarios ranging from the pessimistic to the optimistic, depending on the model. In cases such as the COVID-19 pandemic where little is known about the virus, a model that describes the biological system as realistic as possible is difficult to build and some hypothesis needs to be made. The key factor here is the teamwork between mathematicians, biologists, medical doctors, etc., who together help those who need to take important decisions at national, European and/or global level.