By Elisabetta Strickland and Elena Resmerita 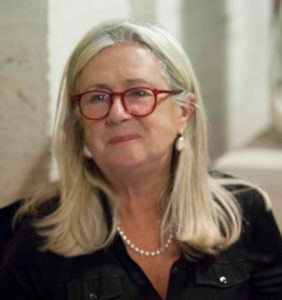 Our nightmare due to COVID-19 started on March 8, the International Women’s Day. All Italians were asked to remain in their houses and stop going to work, unless strictly necessary. In any case, all universities and schools have been closed and lessons had to go on via various platforms. I am now Honorary Professor in my University “Tor Vergata” in Rome, which means that I don’t teach anymore, as technically I am retired. But I am still part, as Honorary President, of the Committee for Equal Opportunities, worker’s health and contrast to discrimination. Moreover, I still organize many things and help with the students. All seminars have been kept alive using the web: after a while, we got used to seeing our faces on the screen of our computers in a little stamp on the top. But it’s not the same as being there, in front of the speaker, enjoying the talks together. So even if it’s true that thanks to online connections we managed to save a great part of our work, the idea of hundreds and then thousands of people dying in hospitals because of the virus kept us in a permanent state of grief, which of course doesn’t help while working in abstract fields.

After years of working without domestic duties, we women mathematicians went back to the past of at least fifty years.

All meetings have been cancelled, no gatherings whatsoever, and after being more or less liberated by domestic cores, all of a sudden we found ourselves back to the traditional role of women, i.e. taking care of the house, preparing food for everybody, going to the supermarkets. The domestic help had, as a matter of fact, almost disappeared and I obeyed to the general rule, the danger of contagion has been and is still enormous. So after years of working without domestic duties, we women mathematicians went back to the past of at least fifty years. Much of the time that in our minds would be intended for research, teaching, exchanging ideas with other mathematicians, had to be used for other duties. Personally, even if I believe things will never be the same, I sincerely wish we survive to this pandemic, mathematics has been such a panacea in our lives, that restoring our habits would be really great! 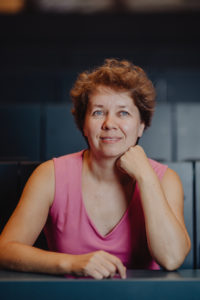 It was January 2020 when I started a sabbatical stay at the University of California at Los Angeles, looking forward to the promise of an exciting semester in the US. I was ready to reap the rewards of the tons of time and energy that had gone into the planning and then into the family moving to California.

The first two and a half months were just great since so much happens every week at that university! The children were also fully integrated, happy and busy at school. I was waiting with excitement and impatience to engage in the special semester “High Dimensional Hamilton-Jacobi PDEs” at the Institute for Pure and Applied Mathematics (IPAM) as a core participant from March to June.

Around mid-March, following an interesting semester start with tutorials, the situation started to deteriorate. After a few days of monitoring the local and international evolution, we incredulously decided to leave the US and return home to Austria. The next day we woke up to most of the flights between the US and Europe being cancelled – and our situation suddenly seemed very precarious. The main thing that I remember from the ensuing few days is wrangling on the phone to rebook our flight tickets.

All in all, spending half of the sabbatical at home was strange and less productive, but at the end, I was happy that everyone around remained healthy.

After managing to get home at the end of March, the confinement of the compulsory quarantine seemed like a blessed reward. I spent the remaining three months of my sabbatical at home, being thus spared of the stressful sudden switch to online teaching that my colleagues had to pull off. Instead, I was busy with homeschooling and many of the house chores that a family of five in lockdown brings about. The special semester in the US continued online, so I tried also to attend workshops, group presentations and to discuss Math with other participants late in the evenings (because of the 9-hour time difference). I am grateful that I have learned new things and I got to know many mathematicians working in fields connecting Hamilton Jacobi PDEs, Differential Games, Inverse Problems, Optimization, Stochastic PDEs and so on. I really appreciated how competently IPAM tackled the challenges and swiftly moved most of the semester online, providing all the needed materials. All in all, spending almost half of the sabbatical at home in lockdown was strange and less productive, but at the end, I was happy that everyone around remained healthy since this is the most important thing after all. I just hope that nobody’s sabbatical will be disrupted like this again.