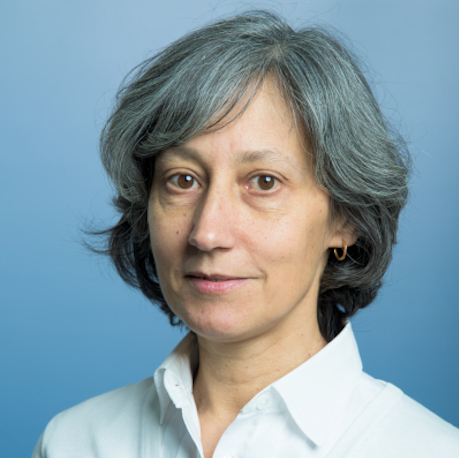 In the last two decades, you have been active in the area of mathematical modelling of infectious disease dynamics and epidemiology. What led you to this field?

You may not find my answer very exciting, but I want to be totally honest. My PhD was about understanding the symmetries that a dynamical system must obey in order to generate a given set of patterns, which would have been previously observed in a science laboratory or in nature. I have always taken great inspiration from my supervisor, Prof. Ian Stewart, at the Warwick Mathematics Institute, and I love symmetries, but missed continual interaction with the scientists who were making the observations, asking questions and designing future experiments to answer further questions raised by our results. We did collaborate with physics labs, but they were in France, Belgium, US, China, and it was not practical for me to move and join their groups at a time when I had a very young family (3 daughters born within 4 years of my PhD award). I was at that stage when the University of Warwick launched a very active programme in ecology and epidemiology, which I saw as an opportunity to do mathematics in a setting of natural scientists. I repurposed my mathematical research and joined the new initiative. Three years later I started an independent research group in Portugal on infectious disease dynamics and epidemiology.

Why mathematical models tend to overpredict epidemic sizes and impact of control measures?

Could you explain the main focus of your research? What is the “frailty variation”?

The idea of “frailty variation” or “selective disappearance” was introduced decades ago to describe variation in longevity and its elusive consequences. As the frailest individuals are removed earlier from a heterogeneous cohort, death rates decline over time creating an impression that individual longevity is increasing even when it is not. This is the simplest realisation of a phenomenon that has manifold manifestations in any study that involves counting the individuals that constitute a population over time, across environments or experimental conditions. It appears to explain a wide range of reported discrepancies between studies and contribute to resolving decade-long debates, such as why vaccines appear less efficacious where disease burdens are high, or why mathematical models tend to overpredict epidemic sizes and impact of control measures. I have reformulated these and other problems and have been privileged to collaborate with colleagues around the world. Over the last 5 years I have been back in the UK, initially at the Liverpool School of Tropical Medicine, and now at the University of Strathclyde.

Is there a result you are particularly proud of and a particular problem you would like to solve?

I became very unsettled when I realised that almost every study in biology is affected by selection on individual variation that is not accounted for in analyses and interpretations. This type of variation is often neglected because it cannot be completely measured directly due to selective disappearance. But this can lead to systematic errors whose magnitude changes from one environment to another (because different environments exert different selection pressures. So, it should not be ignored. Ten years ago, I decided to focus my research on this issue. Given my research trajectory, I was more familiar with infectious disease dynamics than with any other biological system, so it was natural to start there. I developed collaborations with labs studying host-pathogen interactions so we could perform controlled experiments to test the theory and methods we were building. I developed a rationale for designing experiments especially to infer individual variation in selectable characteristics in a way that was transposable across environments.

Now that I understand how this works in epidemiology, I am thinking about other subjects. Understanding the forces that shape variation is at the heart of evolutionary biology. Surprisingly, the effects of selection on variation that is not heritable seem to have escaped the attention of evolutionary biologists too. I started to highlight the importance of incorporating variation in nonheritable fitness components into population and quantitative genetics. Also, intrinsic to any evolutionary biology discourse is the evolution of genomes. Development and use of phylogenetics software exploded in the last decade, but variation within genotypes has not been considered in the underlying models of molecular evolution. It is difficult to anticipate what effects this will have on the resulting phylogenetic trees, skyline plots, and other outputs generated by widely used software, but initial explorations suggest that intra-genotypic variation in longevity reduces rates of genetic drift and may have consequences on inferred tree topologies. These are some of the problems I would like to solve.

I became very unsettled when I realised that almost every study in biology is affected by selection on individual variation that is not accounted for in analyses and interpretations.

I have mixed feelings about my research experience related to COVID-19. I started with endless motivation in March and now just want this to end so I can change the subject. The treatment of individual variation in susceptibility and exposure to infection (selectable characteristics in infectious disease epidemiology) has been prominent in my approach. This variation systematically reduces epidemic sizes and makes herd immunity easier to achieve. So, my results are the most optimistic of the wide spectrum that has been produced. I was very excited when I first communicated this early in the pandemic, but to my surprise, this is not being well received by the scientific community. Several preprints with an informal team of collaborators have been released and attracted considerable interest, but none of our research outputs has been published by a scientific journal yet. The main reason invoked by journals refusing to publish our papers has been that the results could be interpreted to justify the relaxation of interventions, potentially placing people at risk. This resistance has been very detrimental to me and my colleagues, and maybe to all the people.

How has the pandemic and the lockdown in the UK impacted your research?

I was about to move from Liverpool to Glasgow when I realised that lockdowns were expected, so changed plans and came to Portugal. I am now in Porto with my family, comfortably and efficiently working from home.

I just could not imagine that my work would face so much resistance. Comparing with this the effect of lockdown was minor.

And how has it impacted on the rest of your work and life?

The most detrimental impact on my work and life during this pandemic has come from the rejection of my COVID-19 research. I wish I had made better use of these months in Portugal to spend some quality time with my family and to research new subjects. I just could not imagine that my work would face so much resistance. Comparing with this the effect of lockdown was minor.

In your opinion, what contributions can mathematicians bring to an uncertain world like the one we live in? and what is to be learned from the ordeal we have been (and still are) going through?

Mathematicians are especially skilled at transferring concepts and methods across disciplines. This may be more frequent during intense situations such as we are going through because everyone wants to contribute. This will not succeed however without open mindsets.