EWM and EMS: the early days 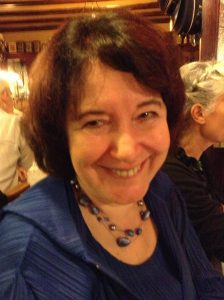 We all know what the EWM is, but what is the EMS? It is the “mixed” counterpart of EWM, that is, the European Mathematical Society. Arguably, the EWM was created before the EMS – I was there at the very beginning of both societies; that’s why I tell this story.

My first encounter with the EWM was the meeting in Paris in 1987, at the Institut Poincarè. I was then a postdoc at IHES, feeling very insecure about my future as a mathematician. I was at my n-th postdoc, still no permanent position in sight, a two-body problem…it did not help that I hardly met any other female mathematicians, and certainly no senior ones to serve as a role model. This meeting – and all future contacts with EWM – were very important for me. I was so happy to meet so many excellent female mathematicians, including more senior ones (well, here “many” means 10 or 15 – but it was already a lot for me!).

The year 1987 was important for me in several ways. In addition to this first EWM meeting, I also participated in the foundation of the French association femmes et mathématiques, and met even more excellent female mathematicians. The same year, I was hired at the French CNRS, my first permanent position – I was very happy! My future as a mathematician was now secure.

EWM was created before the EMS – I was there at the very beginning of both societies; that’s why I tell this story.

I missed the Copenhagen EWM meeting, but I was there for the next meeting in Warwick, and I really enjoyed it – I still remember the talks, the discussions, and Caroline’s warm hospitality. Of course, this was the opportunity to meet even more wonderful women in mathematics, and I was really looking forward to the next meeting. In the meantime, EMS was created at a meeting of about 50 delegates from 28 mathematical societies of Europe (see [2]). The meeting took place in Madralin, Poland, in October 1990. The delegates elected the first president, Fritz Hirzebruch, as well as an executive committee of 10 members. Of course, I knew nothing about this meeting, but later I heard that no women were present among the delegates. However, some of the delegates commented on this, and they suggested that there should be at least one woman in the executive committee. Out of the blue (for me), I got a phone call from Hirzebruch, asking me whether I would accept to join the executive committee. I said yes. It looked like a very interesting opportunity!

And it was indeed interesting, a brand-new society, many possibilities. For instance, it was decided already at the Mandralin meeting that the EMS should have committees on topics of central interest for mathematicians in Europe. Some of these were immediately set up. Then, when the first executive committee meeting took place, very soon after the foundation of the EMS, we suggested several new committees. I immediately proposed a committee for Women and Mathematics. Obviously, not everybody liked this idea, but Hirzebruch was supportive, and so the committee was created.

But in the meantime, the EWM was in danger. Indeed, in Warwick we had planned the next meeting to take place in Portugal, in 1990. According to Caroline’s account of the early history of the EWM, the meeting indeed took place, but not at the time initially planned, and very few people were able to attend. Even more importantly, nothing was decided for the following meeting! I was quite worried that the EWM might just stop. I’m sure that others were worried too, and looked for solutions. I (and probably others) thought that it would be natural to organize an EWM meeting in Luminy, at the CIRM conference centre. What I remember is that I suggested this, but quite possibly it was somebody else, or several of us. The existence of femmes et mathématiques made this project much easier. Moreover, my friend Catherine Goldstein had just accepted the position of president of this association; this was ideal for me. I’m sure that I discussed everything with her, and with several of the other French women mathematicians. Moreover, the newly created EMS committee Women and Mathematics was also very helpful. Our work was to be presented at the first European Congress of Mathematics, and we started the organization of a round table, involving even more European women mathematicians. Some of us acted as an international advisory committee for the Luminy conference. So, with help of all these friends, I prepared an application for CIRM, and asked for funding from the European Union. It is never easy to prepare an EU application, so this was quite a lot of work and worry, but it was really nice too. The Luminy conference is a great memory for me – what I remember most is meeting so many old and new friends.

Of course, the EMS committee on Women and Mathematics had other activities beside being involved with the Luminy EWM meeting. In particular, we decided to make a statistical study of the number of female mathematicians in the various European countries. This was made possible by the EMS secretarial office, who took charge of the correspondence with the various European mathematical societies. Some of these were not too happy to be asked to give this information, but in the end they all answered, and the results of the study were published in the Proceedings of the first European Congress of Mathematics, which took place in Paris, in the summer of 1992 (see [1]).

The Paris ECM was of course very exciting for me, I had a lot to do, with the organization of the round table, and also as an executive committee member. The first meeting of the Council of the EMS – delegates of the various mathematical societies, and of the individual members – took place during this ECM. In particular, the new committees, amongst others the committee for women in mathematics, had to be approved by the council. It was approved, but clearly with some scepticism from certain council members. Some others thought that this committee was just ridiculous, and a good opportunity for jokes. One of the main issues discussed by the council was: how to get more funding for mathematics from the EU. Somebody said that we should send the members of the new committee for women and mathematics to Bruxelles in bikinis… I did make quite a fuss about this, as you can imagine. Many others were shocked as well, and it illustrated well some of the issues female mathematicians face. The round table was very successful and interesting. Many people were surprised by the differences in the proportion of women among the mathematicians in the different European countries, and became aware of the importance of this issue.

“Her name is Eva, and she writes wonderful e-mail messages.”

Coming back to the 1991 Luminy meeting, (so many years ago!), it is interesting that I remember some small things so precisely, and have forgotten so many other details. I remember that we introduced each other in pairs. I was paired with Gudrun Brattström, a number theorist from Sweden, whom I had known for quite a while. She introduced me by saying, “Her name is Eva, and she writes wonderful e-mail messages”. My first two PhD students, Anne Cortella and Laura Fainsilber, came with me to Luminy. Everybody said: my, they are so different! True in a way – but why should my PhD students be similar? I found this so funny…by the way, they are both doing fine, Laura works in Göteborg, Anne in Montpellier. And you can see Laura in the first EWM video!

Last but not least, I shared a room with my childhood friend, Judit Bartholy, who represented Hungary at the meeting. She works as a meteorologist in Budapest (ELTE). I have known her since primary school, but we don’t meet as often as we’d like, so it was great to be with her for a week!