The mini-workshop “Women in Mathematical Materials Science” was held at the University of Regensburg on the 5th and 6th of November. This event was supported by the research and training group “Interfaces, Complex Structures, and Singular Limits – IntComSin” and by the University of Regensburg via the “Finanzielles Anreizsystem zur Förderung der Gleichstellung (financial incentives to promote equality)”. The aim of this event was to gather together female experts in the field, especially young researchers.

In recent years, we have seen an increasing number of meetings for women. I will use the next lines to explain the reasons why I decided to organize one of these events myself.

A couple of years ago I was at a two–week conference with two female colleagues. We shared an apartment and we really enjoyed the days we spent together, starting from seminars and maths conversations to cooking together during the weekend, exploring the surroundings and eating out at restaurants. At some point, one of us remarked that it would be nice to repeat the experience in the future and we started wondering if we could reproduce the same atmosphere in a group of female researchers. I though a lot about this conversation. One does not always feel “at home” during conferences, sometimes one feels under pressure, scared of being judged, or simply too tired. Instead I have positive memories of those two weeks. On top of that, my mood influences my research: when I feel happy also my mathematical problems look more solvable (and I think I am not the only one this happens to). That conference, among other experiences, helped the progress of my research. 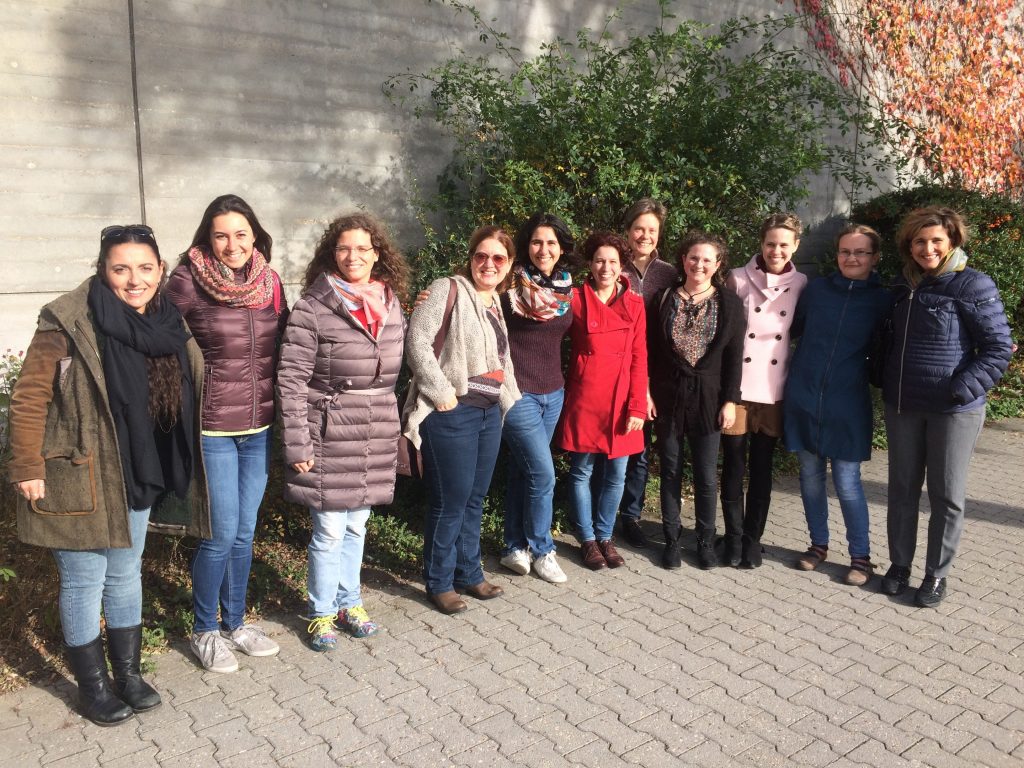 One year ago, I found the perfect occasion to organize my ideal “friendly” workshop. Shortly after joining the University of Regensburg as a postdoc, I started participating in the women empowerment activities organized by Luise Blank, which are mainly devoted to the development of soft skills and to team building, but also open to new proposals by the participants. Moreover last December the German Science Foundation (DFG) approved the financing of the Graduiertenkolleg “IntComSin”. This graduate school offers a wide range of scientific activities, and the members are constantly in search for interesting events to organize. My proposal for this conference received extremely positive feedback (I will never thank enough the members of the project and Luise in particular).

If the main goal of this workshop was combing great research with positive vibrations, I can really say that we got it! Indeed, while writing this report the first thing that comes to my mind is the warm and collaborative atmosphere we enjoyed at the workshop. All the talks were interesting and the speakers were clear in their presentations, open to questions and willing to talk about their own research (I take the occasion to thank all of them).

Now I would like to go beyond the mere description of the event. In organizing an event called “women in…” (with public money) I feel that I have a responsibility that goes beyond the success of the meeting.

Let me start by assuming that there exists some women that feel uncomfortable in the academic world because of the scarcity of female colleagues. Women, a minority, opposite to men, the majority*. And then I would like to raise the following questions: can/shall we do something to increase the presence of women in academia and to make the environment more welcoming for women? Which kind of initiatives are really useful in this direction?

The idea of “women in…” conferences should be to create a supportive environment for women in academia. We pass the message that university is not a men club. Events devoted to women could create a sense of membership, of group. Older female researchers can be role models for the younger ones, they are people in which a PhD student can identify. For me, the meeting in Regensburg was really very pleasant. However, it is not easy to say if the friendly atmosphere depended on the gender of the participants or on who the participants were (clearly there are arrogant people both among men and women). Moreover a negative aspect of conferences “women in…” that become “women only” is that are creating a sort of self-segregation. My impression is that when a male researcher reads the announcement of a “women in..” event, he feels not invited. Personally, I do not like the thought that someone may feel excluded from a workshop I organize. Exclusion is exactly what we are fighting against. I conclude by saying that I do not have answers to these questions and these observations should not be intended as criticism and I hope are not unwelcome.

* Actually my opinion is that dividing humanity into two categories (male-female) is a dramatic simplification. The gender in which a person identify can be different from what it is written on the id-card.