Mathematics for a “new world”

Betül Tanbay on the International Day of Mathematics 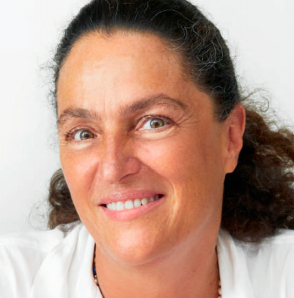 On November 25 2019, UNESCO proclaimed March 14 as the International Day of Mathematics. Why and how? It would have been too much to expect from such an institution to recognise the impact of Mathematics on our planet. Naturally, such a decision necessitated the mobilisation of the mathematical community. Indeed a network of mathematical organisations, starting with IMU and major mathematical societies, but also including many associations of women in mathematics such as IMU-CWM, AWMA, EWM, AMU-CAWM was involved in the materialisation of this proclamation. “Why” is clear, but the “how” of this decision is to be explored: such a momentous move needed an “idea” and someone to push this idea until it became a reality. A mathematician of course, but a woman mathematician to no one’s surprise. It took her more than two years of constant and adamant work. I take this occasion to congratulate Christiane Rousseau from Université de Montréal once more, as Corona cancellations made an appropriate acknowledgement impossible for now.

As a member of the IMU-IDM Governing Board, I had the privilege to follow the immense work done by her and Andreas Matt, whose IMAGINARY team contributed with endless imagination and impressive discipline to this accomplishment, starting with the creation of an IDM logo in more than twenty languages. The chosen theme for the first celebration was Mathematics is everywhere, illustrated on the website in seven languages. The IDM has aroused worldwide enthusiasm with more than a thousand celebrations announced for 2020 in more than 110 countries, including many celebrations of “women in mathematics” associations. The IDM team did not give up when cancellations came one after the other: a Live Global Launch on March 14 was put together in a short time which premiered a worldwide video with tens of thousands of visitors from the first day on.

Two international official launches were supposed to take place on March 13, the first one at the UNESCO headquarters in Paris, and the second one at the Next Einstein Forum in Nairobi, Kenya. UNESCO has proven once more that it is an institution in need of rereading its “vision and mission” statement that it did not consult for a long long time. At a time when mathematics became highly important and indisputably visible, UNESCO could not demonstrate an iota of imagination to transform the “launching” rapidly into a “big signal for our future”. It could only announce a “cancellation” like all the world institutions. “Rendez-vous manqué” like the French say.

Locally in Istanbul, probably the world biggest IMAGINARY exhibition had been installed at the huge Taksim Art Gallery and in the busiest hallways of the underground at the Taksim Square, known worldwide after the so-called “Gezi events”. Thousands had passed by in the first week. It took the officials a few hours to wrap it all up. No one gave a thought on what “else” it could be used for? The posters and information on “Epidemics Analysis” were taken off from the walls with the same speed although the underground was never stopped. It would have been too much to expect the municipality managers to have understood that IDM-launching could be a special occasion, sadly and badly confirmed by the virus.

In the middle of a global lockdown, it is difficult to write an article on IDM without reflecting on how the world will go on A.C. (after Corona). In social media we see jokes such as “day, day, day…. replacing Monday, Tuesday, Wednesday…”. What will an official “day” mean A.C.? What will the word “international” mean A.C., when the world’s biggest power cuts the budget of the World Health Organization? If there is no WHO, can there be an IDM? The EU crisis is aggravated; what will “European” mean A.C.? But no matter how “international” and “day” may change, “mathematics” is unlikely to change its meaning and impact.

In these strange corona times, the whole world is talking about exponential functions, rate of changes, simulations, no care is needed, guesses are free, no need to “estimate errors”. Rare is the mathematician who speaks up. But mathematicians will continue research for a better analysis of epidemics, cleaner use of Big Data, larger availability of proved scientific results, and for improving the average quality of the public’s mathematical knowledge so that we are not abandoned to the “hands” of artificial intelligence.

I believe Mathematics is once more a source for the rehabilitation that the planet needs. We have the tools, the rigour, the discipline, the language, we just need to push our imagination a little more to allow concrete changes.

What about the next IDM’s? We should not aim “to go back” as one of the main problems was what normal became, but we should aim to find a new way. UNESCO should also find new ways. New ways to reach children, new ways to disseminate an appreciation of mathematics, new scales for meetings, new ways for public health.

Let me finish with a quote from Arundhati Roy, author of “The Algebra of Infinite Injustice” among many other books: ‘Another world is not only possible, she is on her way. On a quiet day, I can hear her breathing’.