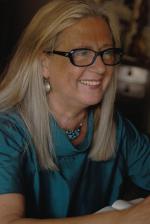 Elisabetta STRICKLAND is full professor of Algebra at the Department of Mathematics of the University of Rome “Tor Vergata”. She has been Vice-President of the National Institute of Advanced Mathematics (INdAM) from 2007 to 2015. Since 2014 she has been a member of the Women in Mathematics Committee (WIM) of the European Mathematical Society and since 2015 President of the Central Committee for the promotion of equal opportunities, workers’ welfare and non discrimination (CUG) of the University of Rome “Tor Vergata”. She is also co-founder of the Gender Interuniversity Observatory GIO over the state Universities in Rome. Since 2016 she is Ambassador for Italy in the Committee of Women in Mathematics (CWM) of the International Mathematical Union.

In 2013, the Capitoline Administration awarded her the Prize ”Excellent Women in Rome”.

EWM: How would you explain your research to a non-specialist?

I believe it would be enough to say that I have been exploring various algebraic properties of varieties associated to constructions in linear algebra, with a characteristic-free approach.

EWM: Which are your favourite results up to now?

The main results which I obtained I think were the characteristic-free study of Buchsbaum-Eisenbud varieties, that is varieties which parametrize complexes of free modules; the generalization to positive characteristic of the construction of an equivariant compactification of an adjoint algebraic group over an algebraically closed field together with the extension to this case of results concerning the cohomology of line bundles; in these last years I obtained an explicit description of the ring of conditions of an adjoint semisimple complex algebraic group, using its identification with the direct limit of the cohomology rings of its regular, i.e. smooth toroidal, equivariant compactifications.

EWM: Can you tell us something of your story? When have you decided to be a mathematician and why?

I had a very brilliant professor of mathematics in high school. He was so fascinating that more or less all of my classmates did mathematics or engineering at university. I felt that mathematics was a challenge that you dealt with your best inner qualities, you faced your true self.

In any case I really liked math, it was fun. So I thought that being a mathematician was going to be great fun and it actually was!

EWM: Has anyone supported you in your choice and during your career? Any obstacles?

I got my degree in mathematics discussing a thesis in algebra. But then I got interested also in geometry and I was assistant of Beniamino Segre, an algebraic geometer, who encouraged me and I had my first tenure position as an assistant to his chair. He more or less forced me to do so, I was planning to work at IBM and I had indeed almost signed for a job there, but Segre met me in the elevator of the Accademia dei Lincei in Rome and convinced me that I was making a big mistake. So I started my academic career.

I married Corrado De Concini, who is a brilliant mathematician, though we have different ways of thinking and approaching things. Nevertheless, we had in our lives many useful discussions in mathematics and worked together in various foreign institutions such as Harvard, the MIT, Brandeis and so on, for which I feel extremely grateful to him and to the mathematicians who invited us, such as David Buchsbaum, David Kazhdan, Victor Kac.

Regarding obstacles, I never met a serious one in proceeding in my career, even if I had to go through a series of battles to obtain a chair in algebra, but, working hard, I finally had the chair when I was 36, which for me was a good result.

Nevertheless, I met obstacles when in 2007, the European Year for Equal Opportunities I decided to try to enter in the governance of the Istituto Nazionale di Alta Matematica in Italy. I was the first woman to do so and I experienced the thickness of the so called glass ceiling! But things worked and I spent there eight great years as Deputy President. It’s nice to take care of a community.

EWM: Your biography of Mary Somerville has been published a few months ago: can you tell us something of the genesis of the book? Why have you chosen Mary Somerville in particular?

The main reason for my choice was that I’ve been studying in the last six years the lives of women mathematicians and I learned that Mary Somerville had an extraordinary mathematical talent which only came to light through fortuitous circumstances. She was barely taught to read and write as a child, all the science she learned and mastered was self-taught. But she became one of the most outstanding British women scientists and furthermore a popular writer, all this in a predominantly male domain and in the Victorian age.

EWM: You have always been active in supporting women in mathematics: tell us something about your engagement in this area. What are the most urgent issues in your opinion, and how would you tackle them?

It’s true that I tried during my career to take special care of women; I had brilliant female students and Ph.D. students. But my involvement became professional in 2004, when my University “Tor Vergata” in Rome formed an Equal Opportunities Committee and I became Delegate of the Rector for Equal Opportunities. So I had the chance to realize interesting projects to promote women in sciences in general; for instance with some women mathematicians colleagues of mine we even organized in Rome a big Conference for Women in Science in 2005, which had Rita Levi Montalcini as sponsor; two hundred female students attended, we used our experience in organizing a Day for Women in Mathematics in 1999 at the Accademia Nazionale dei Lincei in Rome, an incredible result if one thinks that only 4% of the around 500 members of the Academy are women, so they are obviously not welcome there!

As far as urgent issues are concerned, the number of women in mathematics in my country is still too low. Only around 16 % the full professors in the universities are women. But what really worries me is the digital transformation of the country: by 2020 an enormous number of jobs will be available in the STEM area (Sciences, Technology, Engineering and Mathematics) and women are still prevented by stereotypes to enter these fields. I was invited to a very interesting meeting at the end of April in Milan, entitled “STEM in the City”. The Mayor, Giuseppe Sala, and his staff, gathered together a number of women from all over the world to act as a role models and to encourage young women to study and work in STEM. I saw outstanding ladies, all with a background in STEM, who reached very high positions and told their stories in order to prove that women are suited for these jobs. I felt really honoured for having been chosen as a woman in mathematics, as I love to explain what the advantages in choosing this type of career are. This is also an answer to the question “How to tackle the problem of not enough women in this area”: present positive models, show figures and statistics, describe the possibilities: of course, as usual, numbers talk!

EWM: Which are your passions, apart from mathematics?

Writing. I’ve always been a great reader, during my daily one hour trip to my university by subway I devour books. And writing them is great, one of the major joys I experienced in my life! In 2011 I wrote a book on the women scientists during the 150 years of a united Italy. To my great surprise, it had a great success, because no one knew anything about these ladies, the majority of them had been completely forgotten.

EWM: Which is a project you are working on? Have you any other dreams?

Right now, besides trying to go ahead with the rings of conditions, I am studying the work and life of Emmy Noether, the woman mathematician who founded modern algebra, developing several ground-breaking mathematical concepts over the course of her career. I have spent hours surfing in her world, which means Nazi Germany and then the US in a female college, Bryn Mawr, in Pennsylvania. When she died, in 1935, after unsuccessful surgery, Einstein called her “the most significant genius thus far produced since the higher education of women began”. Not bad, isn’t it? I hope to be able to write a good biography of her as I did with Mary Somerville, because I’ve been working in algebra all of my life, and she started with invariant theory under the guidance of Paul Gordan and then Felix Klein and David Hilbert, so her theorems are so familiar to me, it’s nice to understand her work!

And I have also a personal dream: to see my son, who works in the STEM area as software engineer at Amazon in Ireland (an example of brain drain for my country, unfortunately) having a serene future.