Gender gap is present in the scientific community, especially in institutions where women are a minority. Three women working in Romanian institutes of Mathematics and Physics, discriminated against on the basis of gender, managed to impose the equalization of the retirement age in the field of research and in the general legislation. Their scientific activity was disturbed and interrupted by the employers. It is imperative to find ways to protect those who report discrimination within academic institutions.

On the number of women in Mathematics and Computer Science 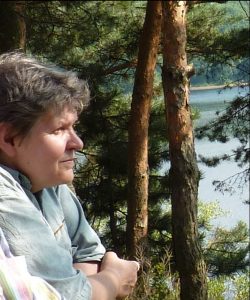 The gender gap exists for scientists throughout their careers. This is the conclusion of a three-year project (2017-2019) funded by the International Science Council and involving eleven scientific organisations [3].

Some examples regarding the number of women working in Mathematics and Computer Science in Cluj-Napoca, Romania are presented in [1].

The Faculty of Mathematics and Computer Science of the Babeș-Bolyai University has three departments: Mathematics, Computer Science and Hungarian line. In May 2019, of all the teaching staff there were 29.41%, 45.76%, respectively 33.33% women in the three departments. Among the professors there were 20%, 50% and 0% women, and of the professors emeriti 7.14%, 0% and 0% women respectively.

The Tiberiu Popoviciu Institute of Numerical Analysis of the Romanian Academy (R.A.) has two research groups: Numerical Analysis and Approximation Theory, and Numerical Modeling. At the same time (May 2019), there were 14.28%, respectively 33.33% women in the two groups. Among senior researchers I (SR I – highest grade for researchers), there were 0%, respectively 33.33% women; there were 6 honorary members, all men. Regarding the pre-university education, on the webpage of the Romanian Mathematical Society one can find the list containing the members of the Cluj Branch in 2008: 163 members, of which 93 women, that is 57.05%. The percentage of women is so high because, traditionally, in pre-university education more women work than men, even in the scientific fields.

This is another confirmation that, at higher research and education levels, women are a minority. Consequently, they will be very poorly represented in the scientific councils of the respective institutions, and this will affect their careers. Gender discrimination may happen also at retirement, such a situation being reported in [2] and updated in the following.

Romanian law on the public pensions

There are countries (such as Romania) where the retirement age for women is lower than for men, to compensate for the historical disadvantages (given birth and raising children, and household) suffered by this social group. This should have been a measure to help women, but it became coercive, because the standard age in Law 263/2010 was used to force women to retire at a younger age than men. By Art. 53 (1) of this law, the standard retirement age is 65 for men (M) and 63 for women (W) and the attainment of this age is achieved by increasing it gradually, as the examples in the next table show:%

At the end of 2015, Luminiţa-Cătălina Ciobotaru, a physicist at the National Institute for Laser, Plasma & Radiation Physics, Bucharest, sued her employer in order to obtain the right to work until 65, according to the norms of the European Union law. She won and returned to her office. During the trial, the Constitutional Court of Romania (C.C.R.) was notified, and it decided that it was not constitutional to force the women to retire earlier than men, unless they choose to do so (Decision 387 / 05.06.2018).

“Admits the exception of unconstitutionality of the provisions of art. 56 paragraph (1) letter c) the first thesis of Law no.53/2003 – Labour Code, exception raised by Luminiţa-Cătălina Ciobotaru … and finds that they are constitutional insofar as the phrase “standard age conditions” does not exclude the possibility of the woman to request the continuation of the execution of the individual employment contract, under conditions identical to the man, respectively until she reaches the age of 65 years.”

3) The employer may not restrict or limit the female employee’s right to continue the activity under the conditions provided in paragraph (1) letter c) of the first sentence.

Therefore, all women in Romania can now work, by request, until the age of 65, regardless of their field of activity.

At the beginning of 2016, me and mathematician Anca Căpățînă from the Simion Stoilow Institute of Mathematics of the R.A. initiated a petition supported by many researchers and professors, to admit women to work in research until the retirement age of men. This has been the case since 2011 for higher education. The Presidium of the R.A. did not accept any change, but the late academician Solomon Marcus together with Varujan Pambuccian, a mathematician member of the Parliament, designed a law meant to remove the gender gap at retirement. After two years, the Law no. 69/2018 inserted in the Research Law no. 319/2003 the following article:

Art. 35^1-(1) The retirement age for research and development staff is 65 years, for both women and men.

(2) By exception from the provisions of par. (1), upon request, the research and development staff may retire under the conditions provided by Law no. 263/2010 on the unitary system of public pensions, with subsequent amendments and completions.

In February 2016, both Anca and I were forced to retire. After her early retirement at 60, Anca Căpățînă was honored with the Spiru Haret award of the R.A. for her book Variational inequalities and frictional contact problems. New York: Springer 2014 and named honorary member of the Simion Stoilow Institute of Mathematics. I sued the Cluj-Napoca Branch of the R.A. and my institute, and I notified the National Council for Combating Discrimination (N.C.C.D.), because as SR I I could work after the standard age of retirement, with the annual approval of the scientific council. Instead, I was fired at 61, and an older male colleague was allowed to continue working after 65, that being the case for all male researchers in the past.

The discrimination was confirmed by the Decision 762 / 29.11.2016 of N.C.C.D., and the R.A. – Cluj-Napoca Branch, through its representative, was given a warning. I won the lawsuit, but it took a long time until the final decision was made, because the C.C.R. was notified in this case too. I was allowed to resume my activities at the institute after three years, in March 2019. The R.A. – Cluj-Napoca Branch paid the net salaries ordered in court only after the forced execution, but not – until today – the due contributions for the pension.

I was received in a hostile and intimidating atmosphere. At the end of the same month, the scientific council treated me unfairly because of my legal actions and refused again my request to continue working, after 65 this time. The employer forced me to retire again, after only 18 working days. At the first refusal, in 2016, there was only one woman among the five members of the scientific council; she resigned from the council in the meantime, so that in 2019 all five were men.

I notified again the N.C.C.D., which by Decision 109 / 05.02.2020 confirmed the continued discrimination and also fined the R.A. – Cluj-Napoca Branch. Ignoring this decision, the Cluj Court of Appeal ruled in October 2020 that I have no right to resume my research work at the Tiberiu Popoviciu Institute of Numerical Analysis, although at that time the discrimination had been confirmed by the N.C.C.D. Moreover, two male colleagues, who are members of the scientific council, were and are currently working after the age of 65, as all male researchers have previously been allowed to.

The story is longer and certainly sad, these years being very hard for the three of us. At this moment (April 2021), none of us is allowed to work.

Unfortunately, even the newest internal regulations of the Tiberiu Popoviciu Institute of Numerical Analysis do not contain the anti-discrimination provisions imposed by law. Moreover, the Honorary Council of the R.A. in Bucharest refused to analyze the discriminatory situation within the Cluj-Napoca Branch. The Mathematical Sciences Section did not take any action. The Presidium of the R.A. did not respond to repeated requests in this matter.

Gender gap still exists in the Romanian research institutes, and it takes courage, time and determination to remove it. The above facts show that it is within our power to do this, including by changing the legislation. Things would have been much simpler if the leaders of the R.A. and of other research institutes could have been determined to recognize and stop gender discrimination.

It is necessary for Romanian women in Mathematics, as well as in other sciences where they are a minority, to have their own organizations through which to assert and defend their rights. In agreement with the European Parliament Resolution on discrimination of young women and girls in the field of education 2006/2135(INI), which points out that “the education and training of girls and women is a human right and an essential element for the full enjoyment of all other social, economic, cultural and political rights”, we consider that mature women in sciences still need help for a fair development of their career. In addition, at any point in their professional life, they must be protected after reporting discrimination cases, even if they have won in court.