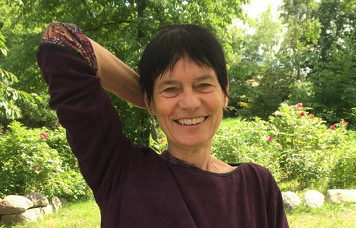 An interview of Sylvie can be found here.

As part of the activities organized by EWM at ECM Berlin in 2016, there will be the opening of a photography project documenting the lives, careers and work of thirteen female mathematicians. Here follows an interview Sylvie Paycha and Sara Azzali, the organisers of the project. See also the interview of Noel Matoff, the photographer, in EWM General Meeting at Cortona.

EWM: Can you say a few words about the idea behind, and the organisation of the project?

Sylvie: The idea arose from a former, very modest project that I’d initiated and pursued, which was interviewing via the internet ten female mathematicians from around the world (I knew them all personally), and asking them to send a photograph. They were told very frankly that I was going to give a talk in Konstanz, in Southern Germany, and I’d like to talk about them! Because I think we meet very interesting women who happen to be mathematicians, and I wanted to report on their experiences, personalities, and so on. Then, a friend who is a film maker said why didn’t I do this on a larger scale with more money, more support, in the form of an exhibition. So, I naively said, yes, why not? I didn’t realise what amount of work it was going to be, especially looking for funding. With Sara and Noel (one other person gave up in the beginning, she was supposed to look for funding, but I think she got a bit discouraged), and also Sasha Alexandra Antoniouk, from Kiev,  who is not here, who was involved prior to the project in a sense, and who was looking for funding on the Humboldt Foundation side, and thanks to her, and all of us, we got a prize from the Humboldt Foundation for this project. They considered it to be a project useful for networking. With this prize came €25, 000. Then from the Bosch Foundation, thanks to Jean-Pierre Bourguignon, who I sent a message to asking where we could apply for funding as it was proving difficult, we also got some support. Noel also got some support from an artists’ foundation. Then we had written to the ECM organisation in view of holding the opening of this tourinng exhibition in Berlin during the conference. After some hesitations, they finally gave us the answer “yes”, so in the end we will be hosted there in the very nice mathematics library at the technical university in Berlin and the librarian is very generous and open-minded. We found the library team very supportive.

Sara: It was very interesting looking for funding! After we got the initial prizes, we also got support from places that had originally turned us down or forgotten us. So it was easier. But there were organisations who we would have thought would have been supportive who turned out not to be.

The exhibition after the opening will be a touring exhibition, so it will last for another two years. It will be shown in various mathematical and other scientific centres. We are also looking for more suggestions of where else to exhibit it – it doesn’t need so much space, but we are thinking of also having an accompanying event, maybe a talk, maybe a mathematician explaining something.

Sylvie: After all, an exhibition is made to be seen, and we  want to attract visitors with accompanying events.