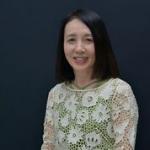 1998 Professor at Tokyo Institute of Technology

2010 Professor at University of Tokyo

When and for what reasons did you choose to follow a career in Mathematics?

When I was a high school student, I came across the formula of Lorenz transformation in a popular book on the theory of relativity. I was astonished that the formula describes a law of nature that one cannot see. After this I really wanted to find mechanisms which are underneath natural phenomena and dominate the phenomena. I thought that it would be great, if I could be a scientist or mathematician and reveal hidden truths.

Did your family, friends or other people give you encouragement?

When I was a young girl, nobody encouraged me to be a mathematician. Instead, for example, my parents worried about my “impossible dream”, because we lived in a rural city and at that time there were no positive role models of mathematicians, in particular woman mathematicians. My parents were afraid that I would be a “strange person” if I became a mathematician. But after I was married, my husband understood my hope and encouraged me very much. I believe that the reason why I can continue mathematics is because of his encouragements.

Did you come across obstacles in pursuing your career in Mathematics?

The biggest obstacle is that a day is too short for a woman to take care of a child, keep house and work on mathematics. Even when I managed such a situation and published certain papers in good journals, I could not get  an academic position for several years. But I was very optimistic, I thought that there must be persons who understand the value of the research. And it was true.

Did you have any strong female role models in your life, scientific or otherwise?

Yes, Marie Curie, when I was a girl. The other model is Fumiko Yonezawa, a physicist well known in the world as an expert in the research on semi-conductors and liquid metals. When she appeared in a newspaper as the Saruhashi prize laureate, I was a postdoc, I admired her and really wanted to be like her. (Here Saruhashi prize was established by Dr. Saruhashi in 1980 and awarded to a distinguished woman scientist every year.) I read many books written by Yonezawa and all of them encouraged young woman scientists. So I was very happy when I was awarded the Saruhashi prize eleven years later. (For interest, a very interesting short video featuring Prof Yonezawa can be found here: http://www.youtube.com/watch?v=LBKegdHRvBo)

What is the situation for women in Mathematics in Japan? Are women present in leading positions at well established universities there?

Nowadays the job situation for a woman mathematician in Japan has become much better. Many universities want to hire woman researchers in scientific fields. They think that diversity contributes to  developments  of the organization. But the problem is that there are not so many girls interested in mathematics. So it is our responsibility to show them positive role models and the pleasures of doing mathematics.

Could you also write a few lines, understandable to non-experts, briefly describing the topics of your research and your favorite personal achievement in Mathematics?