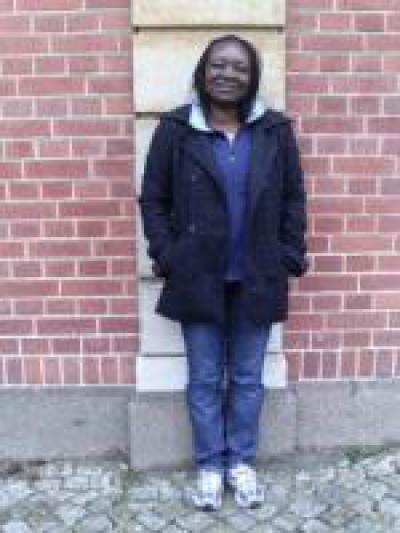 EWM: When and why did you decide to follow a career in Mathematics?

MFO: I decided to have a career in mathematics after my master thesis. Since primary and secondary school, I have been very interested in mathematics and I had good marks without too much effort. So, it was natural for me to continue with a thesis and stay in the area of mathematics.

EWM: What could you tell us about this association? Are there many women professors in Africa?

– generating activities and programs meant to encourage women to study and make careers in Mathematical Sciences.

– mobilizing young girls all over the continent to show more interest in  Mathematics.

– preparing and updating a directory of Women in Mathematics from all over the continent.

– commissioning studies on various topics on Women in Mathematics in Africa.

– co-operating with other organizations with similar objectives.

EWM: Are there many African women who study abroad and return to the continent?

MFO: Honestly, I don’t know the exact situation because of lack of precise data. In my own case, I have defended a doctoral thesis here in Burkina Faso. Then, with financial support from the “Agence Universitaire de la Francophonie”, I have defended another thesis at Blaise Pascal University of Clermont-Ferrand in France. Finally, it was quite natural for me to return back home to teach at University of Ouagadougou, Burkina Faso. Probably, many other African women have followed the same course.

EWM: The academic connections between Africa and France are well known. What can you say about connections with other countries or continents?

MFO: There are similar connections, both south-north and south-south. Some research groups here have collaboration with other groups, mostly in the USA, Germany, Belgium and Canada. I have to note that collaborations with other West African universities are very common and more advanced.