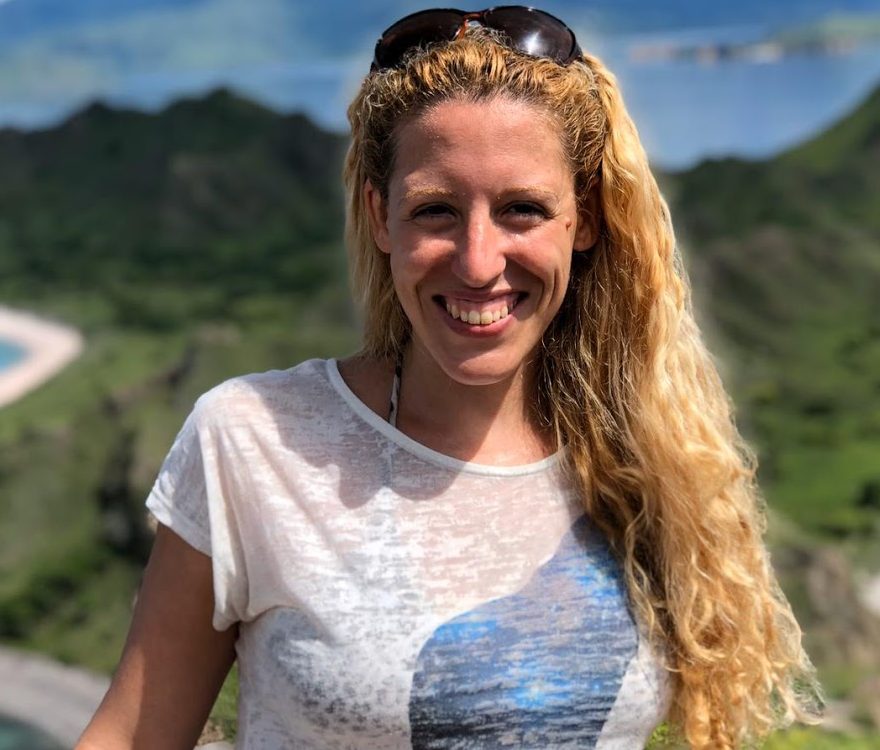 At the interface of Number Theory and Algebraic Geometry: an interview with Elisa Lorenzo García

Interview by Anna Maria Cherubini and the team.

Elisa Lorenzo García is Maîtresse de conferénces at the Université de Rennes and 2019 winner of the Young Female Scientist from the Spanish Royal Academy of Sciences. In this interview, we talked with Elisa about her work and the importance of Maths Olympiads.

How would you explain your research to a non-specialist?

My research is at the interface of Number Theory and Algebraic Geometry, I mainly study geometric and arithmetic properties of curves and (Abelian) varieties. They are the most basic and essential objects in these areas. I am also interested in their applications to Cryptography and Coding Theory.

For instance, one of the problems I am working on now is the characterisation of the isomorphism classes of some (plane quartics) curves in positive characteristic via Invariant Theory.

Can you tell us about a result you are particularly proud of? Is there a problem you want to solve?

With some collaborators I gave multiple characterisations of the hyperelliptic reduction of plane quartics last year. Curves can be classified by their genus: all genus 0 curves are isomorphic (over an algebraic closure of the field of definition), genus one curves are elliptic curves (very well-studied), genus 2 curves are expressed as y^2=f(x). Curves of genus g > 2 are generally not expressed in this way, i.e., they are non-hyperelliptic. For genus 3, non-hyperelliptic curves, we give a criterion in terms of the equation of the curve and another one in terms of its invariants to determine when the curve has hyperelliptic reduction, i.e., can be written as y^2=f(x) \mod p . It looks like a simple question, but actually it was a very hard problem to solve and we had to use multiple and very different techniques. It was a very fruitful collaboration, see the ArXiv paper.

A problem I would like to tackle now is related to computing arithmetic intersection numbers of some cycles in the moduli space of principally polarized Abelian varieties of genus g. For instance, in the case of genus 2, my problem is to determine for which primes the polarisation becomes decomposable given an indecomposable degree n polarisation in E \times E with E a CM elliptic curve. This result could be useful for many reasons, for example, computing curves with a given number of points, in particular computing maximal curves, studying Serre’s obstruction, etc.

My research topic turned recently a bit into the crypto applications because I still feel bad for doing “useless” mathematics, even if rationally I know there is no useless mathematics. This is one of the reasons people use to justify that there are more female mathematicians in applied math rather than in pure maths: people think women prefer to do so-called “useful” things and contribute to society, while men are just happy doing what they like whether it is useful or not.

…women prefer to do so-called “useful” things and contribute to society, while men are just happy doing what they like whether it is useful or not.

What led you to this field of research and,  more in general,  how did you decide to become a mathematician?

I decided I wanted to be a mathematician during my last years of high school, when I started to take part in Maths Olympiads. And I decided to work on Number Theory because, in my opinion,  the most difficult and beautiful problems in these competitions were the Number Theory ones.

I enjoyed a lot my participation in the Maths Olympiads and they meant a lot to me. I’m still very much involved in this community.

Have you had encouragement and support in your career, e.g. a mentor? What do you think of the role of mentoring in scientific careers?

I remember two of my maths teachers, who really supported me and encouraged me to take part in Math contests. Later on, when I was finishing my PhD and when I first participated in a WIN (Women in Numbers) conference, I found again a very encouraging and kind community who supported me. These conferences (that now exist for many other fields of mathematics: https://awmadvance.org/rccws/) are collaborative ones, during the conference there are no standard research talks, but instead, we work in small groups on open problems suggested by the group leaders.

I had the luck to meet many women who helped and advised me, and who were there when needed.

I’ve never had what is properly called a mentor, but I had the luck to meet many women who helped and advised me, and who were there when needed. I think that mentoring can be very good and not only for the mentees but also for the mentors. When I give advice to younger mathematicians I’m happy to help them and it also helps me to see things from another perspective.

On the other side, have you ever had a difficult period, if so, how have you coped?

My PhD time was very hard and stressful; it is, in general, a difficult moment, but for me it was particularly complicated. I guess that my personality helped to overcome those times, I was very determined and I didn’t stop until I got what I wanted: a PhD degree, a postdoc position and a research career. Let us also say that visiting a psychologist helped a lot too.

You won a gold medal in the Spanish Maths Olympiad and a bronze medal at the International ones: how important are the Olympiads in your opinion? And does it make sense to divide the teams by gender?

First, I do really believe that Maths Olympiads are very important! They are useful for example to discover teenagers with a talent for maths. If you have a look at the Wikipedia page, you can see how many great mathematicians participated in the Olympiads!

In my case, I also discovered the beauty of Mathematics through the Olympiads. And they gave me the opportunity to travel and meet people from all over the world as a teenager. It was a great experience.

Currently, teams are not divided by gender, there are Olympiads where everybody can take part, and there are also a few Olympiads only for girls called EGMOs (European Girl’s Maths Olympiads). It is not that girls need a second-class Olympiad, the problem is that in normal Olympiads only around 10% of the participants are girls, and one of the possible explanation is girls do not like competing with boys: society does not teach girls to be competitive, and even less to compete against boys. So EGMOs were created to encourage girls to take part in the Olympiads. The day that the percentage of girls taking part in the IMO (International Math Olympiad) becomes, say 30%, maybe then we can stop running these EGMOs, but at the moment I would say that they are totally needed. EGMOs (European Girl’s Math Olympiad) started only in 2012, and we can see that the number of girls in the IMO teams of countries taking part since the first edition has already increased.

I discovered the beauty of Mathematics through the Olympiads.

You were the President of the Commission for Women in the Spanish Mathematical Society: what are the main problems facing gender equality in maths, in your opinion? Which actions work best?

I was the President of the Commission for Women in Mathematics of the RSME (the Spanish Maths Society) from October 2017 to December 2019. I am still a member of this commission.

Women suffer discrimination in the maths community in different ways: our work is not recognised in the same way that men’s work is by prizes, positions, grants, promotions, salary; our opinions are not considered in the same way; we are not given the same opportunities, for example with nominations for prizes or leading roles, invitations, responsibility positions, participation to committees. Not to mention sexual harassment. These discriminations are often unconscious, which makes them even more difficult to detect and to correct.

This is why I think that one of the fundament things we can do is just making everybody aware of these problems. Many people, especially men, they do not even realise that there is a problem.

Some of the actions we put in place during my term as President were: writing a weekly section in the bulletin of the RSME, manage the social media of the commission, organizing round-table discussions, nominating women for prizes, planning activities for the Women’s day in Science/Maths, addressing cases of discriminating calls for grants or positions, writing popular maths articles, collecting gender related data.

Can you tell us about your work in developing countries?

Even if I complain about being discriminated as a woman, I’m also aware I am in a privileged position. I was born in a developed country in a middle class family with no economic problems, who encouraged me to study whatever I liked. I know that not everyone has the same opportunities, so I’m very happy to help others.

I’ve participated in 5 schools and conferences in developing regions in the last four years. Of course,  you go there and you teach courses, but the most important part is interacting with the students, helping them with their questions and doubts, encourage them to enjoy maths and to pursue a career in maths. And when you leave, it’s not finished: you keep contact, you write recommendation letters for them, and you help them to get new opportunities. It is a very satisfying part of my job.

What are you passionate about, apart from maths? Do you have a dream you would like to realise?

I love travelling, and now it is very difficult with the coronavirus pandemic, I’m sad about it. I also love nature and hiking in beautiful places. I have a big map of the world and I put pins in the countries I visited. I do love maps, you can leave me in front of a map, come two hours later and you will find me still staring at it. Two dreams I have now: one, going to the Everest Base Camp, and another, going on a safari in Africa!