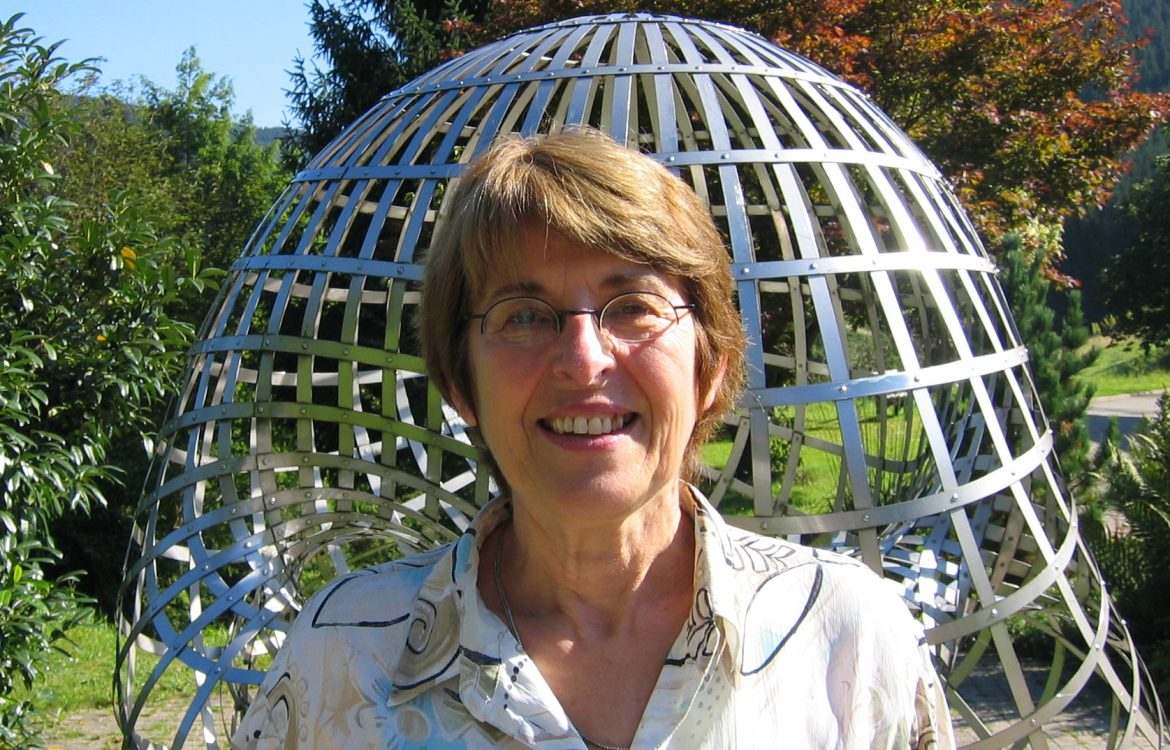 Understanding group actions in math and in life: an interview with Claire Anantharaman-Delaroche

Claire Anantharaman-Delaroche is a Professor at Orléans University in France. She is one of the leading experts on groupoids, groupoid C*-algebras and von Neumann algebras. In this interview, she guides us through her research field, and tells us about her career and her personal life.
Interview by Francesca Arici.

How would you explain your research to a non-specialist?
My field of research concerns interactions between operator algebras and non-commutative dynamical systems. These topics have their roots in the pioneering work of von Neumann around 1930. His study of algebras of operators in Hilbert spaces was motivated by the wish to give a more rigorous formulation of quantum mechanics, observable quantities being represented as operators. The first examples of operator algebras given at that time used groups and measure preserving actions of groups (linked to ergodic theory) as essential tools. Since then, operator algebras, groups and dynamics have continuously interacted.
What interests me is to understand how properties of groups, like amenability or rigidity (like the Kazhdan property (T)), or some properties of group actions, are seen on the corresponding operator algebras, and conversely. A nice way to study globally these questions is via the notion of groupoid which includes groups, group actions, graphs and many examples from geometry. There are still lots of problems in these domains that I would like to clear up.

You will soon publish a monograph with Sorin Popa on the theory of  Type II_1  factors. Can you tell us something more about this project? Could you explain the relevance of such algebras to a mathematician that is not familiar with the subject?
Immediately after the birth of operator algebras as a subject worthy of being studied, appeared the very hard problem of the classification of these objects. Weakly closed self-adjoint algebras of operators in a Hilbert space (now called von Neumann algebras) were divided into three types:  I, II, and  III. Factors of type II_1  are infinite dimensional von Neumann algebras that have a trace and whose centre is reduced to the scalar operators. They are basic to the analysis of general von Neumann algebras, since the study of type III  (which is essential in quantum statistical mechanics and quantum field theory) can be reduced to this case, due to deep results of Connes in the seventies.
In the last twenty years, new techniques have led to considerable advances, under the leadership of S. Popa in particular. This made possible to compute explicitly, for the first time, invariants introduced by von Neumann and his co-author Murray some 80 years ago. An incredible amount of new examples of factors was found, and amazing rigidity phenomena were discovered, leading even to new rigidity results in pure ergodic theory of group actions obtained, surprisingly, by techniques of operator algebras.


Operator algebras are often considered as a specialized subject, far from the centre of the mathematical landscape. Yet, they are applied with success in various fields like geometry, physics, non-commutative harmonic analysis and ergodic theory.

The aim of our book is to start with the elementary properties of factors, hoping to convince the reader of the elegance and accessibility of the domain. Then we gradually lead the reader to the latest applications.

When have you decided to be a mathematician and why? Can you tell us something about your story?
When I was in high school, I liked mathematics and especially problems in geometry. Also, I loved the assurance given by solving a mathematical problem, whereas in other subjects I was rarely sure of having the right answer. However, I did not know that “mathematician” could be a profession and my ambition was to be a high school teacher. In my last year of high school I had a demanding and passionate math teacher who convinced me to integrate a Higher School Preparatory Classe (“Classe Préparatoire aux Grandes Ecoles” in French) in order to prepare the entrance examination to the ”Ecole Normale Supérieure de Jeunes Filles” (ENSJF) which was originally intended to form high school teachers. In this preparatory class, we were only four girls among forty boys and I did not enjoy it so much. To my surprise, I passed the entrance examination to the ENSJF. At that time, the Ecoles Normales were not mixed and the atmosphere was may be less competitive than it is nowadays. At the ENSJF we were very free in the organization of our studies and schedule.
We followed a lot of courses in various domains of mathematics and we had wonderful teachers at the University of Paris, like H. Cartan, C. Chevalley, L. Schwartz and others. It is at that time that I understood that mathematical research could be a very exciting occupation, although I was not so self-confident in my chances of success.


What drew your research? Was there any particular problem you dreamt to solve?
At first, I have chosen to work in the domain of operator algebras because I liked both analysis and algebra. The two books by Dixmier on the subject were a precious way to become familiar with this topic, as well as Dixmier’s seminar in Paris that I attended. Later on, I also became interested in ergodic theory, both classical and non-commutative. The problems that I try to solve arise from my readings or from discussions with colleagues. I always try to think about more than one problem at the same time, of various difficulties.

Which are your passions, apart from mathematics?
I do not have what I would call passions, but I like literature, history, especially the history of ancient civilizations. I like gardening and also hiking in nature, particularly mountains. I also love taking care of my grandchildren.

Your daughter Nalini is also a mathematician, and the French Wikipedia page about her says that she grew up in a family of mathematicians. Was mathematics a topic of conversation at home during dinner time?
Before becoming a theoretical computer scientist, my husband was working in algebraic geometry and I did not understand too much what he was doing. Therefore we rarely discussed mathematics at home, more often about teaching.  I very often did my research at home where we had lots of scientific books. My daughter told me that she found from my experience that being a researcher could be an exciting profession, with a lot of freedom and flexibility.

“My daughter told me that she found from my experience that being a researcher could be an exciting profession, with a lot of freedom and flexibility.”

What was your experience being one of the few female professors in operator algebras in France? Which is your point of view on issues about women in sciences and in particular in maths?
It is true that I am one of the few female professors in operator algebras in France, but I did not really suffer from this situation. I had always a very welcoming research environment. In fact, in my generation, there were much more female professors in mathematics in France than now. The reason is that the Ecoles Normales Supérieures, that form many researchers in mathematics, were not mixed, as I already said. In our year group, we were about thirty classmates and almost half of us had a scientific career as professors or researchers, with recognized work. This year, in the ENS Paris (which became mixed in 1985) there is no female student in math!

It seems that girls are intimidated, wrongly, to compete with their male colleagues, while they succeed very well when the competition is not present. Mathematics is a discipline that scares those who do not know it and has the reputation of not being feminine. I am afraid that the situation will continue to deteriorate if girls are not encouraged and have fewer female role models to convince them that it is possible to succeed in this domain.
The situation will also worsen given that there are fewer and fewer positions offered in mathematics. The competition is really very tough. At present, I do not see a solution to this problem of lack of women in science. I find that the introduction of parity in committees is really penalizing for women. In France, where there are now so few female professors, especially in pure math, they are constantly asked, to the detriment of their research, to sit on boards and committees, with no significant results on improving the ratio of scientific females. Maybe giving conferences in elementary and high schools, as my daughter does, is more useful.