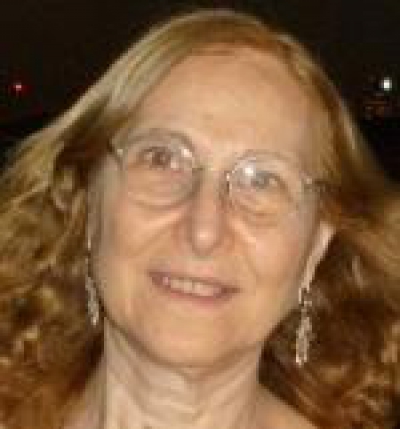 Alicia Dickenstein obtained her PhD in 1983 from the University of Buenos Aires, Argentina, where she is a Full Professor since 2001. She held invited positions at different institutions in the US, France, Sweden, Brazil, Norway, Greece, the UK and Hong Kong. She has been a Simons Research Professor and an Eisenbud Research Professor at the MSRI, USA, and is a Simons Senior Research Associate at the ICTP, Italy (2014-2019). She’s Vice-President-Elect of the International Mathematical Union for the period 2015-2018. Besides her research work, she has been engaged in many different synergistic activities at the local, national and international levels. She wrote and coordinated the writing of math books for children 9 to 12 years old.

I always enjoyed mathematics but I had no idea that such a career existed. A few months before starting the University, I still didn’t know what to do so I took a vocational test offered by my high school. It happened that the psychologist giving the test was, in her words, “a frustrated mathematician”, who encouraged me to study math. I was wondering which kind of strange people I was going to find… and I was delighted to find my kind of strange people…

Did you come across obstacles in pursuing your career as a mathematician? If so, could you point out to some of them? Do you think some of the possible difficulties are related to the socio-economic situation in your country?} the fact that you are a woman? other reasons? Please describe the type of difficulty you encountered (and  maybe still encounter) and comment on how you overcame these difficulties, if any.

I did my PhD about residue currents in several complex variables, with analytic, algebraic, geometric and homological ingredients. My advisor, Miguel Herrera, was a brilliant mathematician, who came back to Argentina after some years in France and Princeton just when I was about to start my graduate studies. But one year after I ended, he died suddenly of cancer at the age of 45. He had a big group working with him, but all the other students left research in the following years. My second child had already been born and the economic situation in Argentina was very bad. The salaries were incredibly low. We received no journals, no visitors, even no ordinary mail. There was no one around knowing more than what I knew in the subject or at least with nearby interests in Argentina or in any neighboring country. So, my postdoc years were very difficult.

I had to fight against isolation and frustration. But I persevered and eventually found my way with the invaluable help of several math friends. It was also crucial the help from my husband with all family issues.

I had always been a good student, who would solve the problems posed by others, but I really didn’t know what being a mathematician means. The most difficult task for me, as a “mathematical orphan” in an isolated place with no flow of information, was to learn how to pose my own problems.

I am definitely happy. The moment I get to understand some mathematical concept or behavior is pure pleasure. It is not so pleasant to write this down… writing is a very difficult task and less rewarding. Discussing math with colleagues and students is magic and a great part of the job. What is for me spectacular about mathematics is that it is a very “human” activity: people from different parts of the world, different genders, different ages, we all think the same way since our brains are formed by the same laws of nature.

What would you recommend a young woman in your country wanting to start a career in mathematics?

We do not have the economic resources of many of the Northern countries. Even with the spread of information and communication via the internet, it is still a handicap to live far away from the main centers. A flight to Europe or the US takes at least twelve hours and the tickets are very expensive compared with our salaries and grants. But there are of course some advantages: probably the main one is that it is very easy to get childcare at the University and domestic help is affordable, so there is not a clear opposition between family and profession. Also, Argentina has a tradition of mathematics, and there is a small but active community. So the main advice I can give is just to have the decision!

Could you write a few lines in an understandable manner to non-experts, describing your topics of research and your favorite personal achievement in mathematics ?

As I mentioned, I started my research in the realm of several complex variables, in a subject with different ingredients, and it was hard for me to find my way. At some moment I felt that my weakness was that I knew a little bit of many subjects but not much of anyone. But then, I managed to make this my strength. I was not working in any established general area and I learnt that, as the Spanish poet Antonio Machado said: “se hace camino al andar”, which means that the path is traced as one walks… My current research interests include several aspects of algebraic geometry and applications, in particular: toric geometry, hypergeometric functions, sparse elimination theory, tropical geometry, polynomial system solving, and I am very interested on algebro-geometric methods for the study of biochemical reaction networks.

Do you work alone or with others when you do research? What is the proportion of your coauthors who are women ?

I prefer to work with others as the interchange of ideas leads in general to much better results, besides the pleasure of sharing both the joy and the difficult parts with colleagues. I had 40 coauthors since 2007: 30 of them are male and 10 are female.

How many research students did you advice as master or Ph D? what is the proportion of women among them ? Do you like advising ?

I like advising, it is absolutely great to accompany students developing their capabilities. Clearly, it implies a lot of responsibility. This is why I directed many master’s thesis, but as I pointed out before, my way to become an independent researcher was very personal and hard at the beginning, so I only started advising phd students later in my career. Up to now, 6 out of 16 of the master’s students and 2 out of 6 of the phd students I advised are female (one is ongoing).

What kind of responsabilities had you taken in your country in the scientific community? Do you like to organize things ?

I was the head of my department 18 years ago, quite young. It was the first time a woman took this responsibility. Since then, I participated of the Council of our School, I coordinated the doctoral program in Mathematics, I integrated many evaluation committees, etc. I coorganized many synergistic activities at very different levels, from domestic seminars or national schools to a semester at the Institute Mittag Leffler or several editions of the biennial MEGA meetings (Effective Methods in Algebraic Geometry). I also participated in outreach activities at the primary or high school levels. I enjoy a lot all these activities. This year, I am coordinating a national report on mathematics, proposed by the two Academies of Sciences of Argentina to the Ministry of Science and Productive Innovation.

I will be the first member of the Executive Committee (EC) from a Latin American country other than Brazil. Marcelo Viana from Brazil is one of the current Vice-Presidents of the IMU and Jacob Palis, also from Brazil, was for 1983 to 2006 a member of the EC Committee; in particular, he was IMU President during the period 1991-2002. I am very happy that the ICM 2018 will take place in Rio. This is well deserved given the level of mathematics in Brazil, but I also hope that the good mathematics from all the region will be more visible. Being Vice-President of the IMU is very challenging, almost all scientific matters are interwoven with political subtleties. I will first learn how things work and listen to many people, and then devise what I can do. My dream would be to be able to help mathematicians from all over the world to devise good projects and to find the means to make these projects a reality, in particular in adverse environments.

Can you tell us a little about your family life right now? Are they supportive of you ?

They got used to have me working and travelling a lot, this was not easy but they are very supportive and make my life full.

What do you think of the Internation Conference for Women Mathematicians (ICWM) and do you have ideas to improve it ?

I understand that there are good reasons for ICWM to exist, but I hope that in the near future ICWM and ICM will be just one meeting. In the meantime, it will be good not only to increase the participation of qualified women as invited speakers of the ICM but also to give ICWM a distinctive structure. I have some rough ideas, but I still need to discuss them with others before proposing them.

Would you like to add something we did not think of asking you ?

An important issue that we have to face is to improve the communication of mathematics (and mathematical thinking) to the general public, to children and teenagers and their teachers, to politicians, and also to scientists in other disciplines.