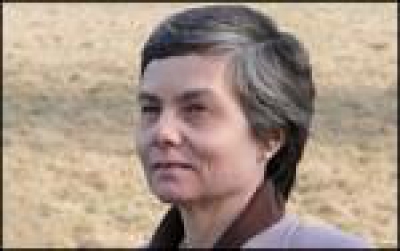 Caroline Series is emeritus Professor of Mathematics at the Warwick Mathematics Institute. Her work is in dynamical systems and hyperbolic geometry. A flavour of Caroline’s mathematical work can be found in her beautiful book Indra’s Pearls coauthored with David Mumford and David Wright and recently republished in paperback.

In 1986, Caroline, together with Bodil Branner, Gudrun Kalmbach, Marie-Francoise Roy and Dona Strauss, had the idea of starting European Women in Mathematics. Caroline was closely involved in establishing EWM, playing a central role in setting up the organizational and legal infrastructure. She organized the 3rd EWM Meeting in Warwick in 1988. She also initiated related activities both locally and nationally, including British Women Mathematicians Day, now run by the LMS Women in Maths Committee. Caroline was one of the organisers of the 13th EWM general meeting in Cambridge UK in September 2007. More recently, Caroline has been chair of the EMS Women in Maths Committee and is Vice-Chair and webmanager of the new IMU Committee for Women in Mathematics (CWM).

In 2007, EWM asked Caroline to tell a few words about herself. Here is her answer:

“The EWM meeting this September in Cambridge was a special occasion, marking the 21st birthday of EWM. I was very happy to meet so many new and interesting people, among them Dusanka who has been working very hard setting up this gallery of portraits. It will give us all a chance to get to know each other and exchange ideas much more easily than before. Rather than write anything now, I thought I would share with you a long interview with me which was done by the magazine Mathematics Today (2007).”

Caroline was also interviewed more recently at IMS Singapore Caroline Mary Series : Pearl of hyperbolic manifolds (2013) and features in a new film `Thinking Space’  about the way mathematicians think and work commissioned by the LMS for its 150th anniversary.