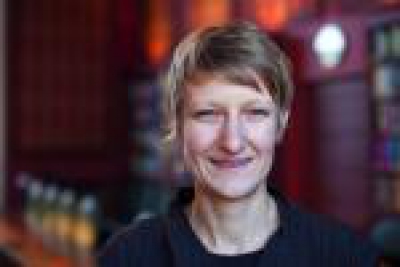 Carola-Bibiane Schönlieb is a Reader in Applied and Computational Analysis at the Department of Applied Mathematics and Theoretical Physics (DAMTP), University of Cambridge, a position she has held since 2015. She is head of the Cambridge Image Analysis group, Director of the Cantab Capital Institute for Mathematics of Information, Co-Director of the EPSRC Centre for Mathematical and Statistical Analysis of Multimodal Clinical Imaging, since 2011 a fellow of Jesus College Cambridge, and since 2016 a fellow of the Alan Turing Institute. Her current research interests focus on variational methods and partial differential equations for image analysis, image processing and inverse imaging problems. Her research has been acknowledged by scientific prizes, among them the LMS Whitehead Prize 2016, and by invitations to give plenary lectures at several renowned applied mathematics conference, among them the SIAM conference on Imaging Science in 2014, the SIAM conference on Partial Differential Equations in 2015, the IMA Conference on Challenges of Big Data in 2016 and the SIAM annual meeting in 2017.

Carola graduated from the Institute for Mathematics, University of Salzburg (Austria) in 2004. From 2004 to 2005 she held a teaching position in Salzburg. She received her PhD degree from the University of Cambridge in 2009. After one year of postdoctoral activity at the University of Göttingen (Germany), she became a Lecturer in at DAMTP in 2010, and was promoted to Reader in 2015.

WM: You are the newly-elected convener of EWM. What made you accept this demanding position on top of all the other obligations you surely have?

The encouragement of women is a topic that has been close to my heart since I started doing research back at the University of Salzburg, Austria. Back then, Peter Hellekalek, the then head of department of mathematics in Salzburg, proposed to me to create a mentoring programme for women undergraduate students in mathematics, supporting them in their endeavours and advising them on their career plans. We called this mentoring programme m^2, emphasising that the linkage between mentor and mentee do not just add up to 2m, but that this indeed exponentiates the effect. From that time onwards I strongly believe in the strength of women’s networks and the importance of role models. This is why I have accepted the election to EWM convenor, alongside my colleague Elena Resmerita.

EWM: Can you give us an idea of what you hope to achieve with EWM in the next years?

Elena and I have the luxury to be starting our work in an already very strong association that has been built by the professional work and enthusiasm of previous convenors and women mathematicians in the EWM standing committee. We have a couple of ideas though of things that we would like to achieve within the next years. Among them is a more visible showcasing of the life of women mathematicians by featuring their personal and professional success stories. This is very much motivated by our belief in the importance of visibility of positive role models for encouraging the younger generation. Taking the current work of the London Mathematical Society in creating a database of UK mathematicians as an example, we would like to build a database of women mathematicians in Europe as a resource for more targeted networking, speaker selection for conferences and workshops, hiring and prize committees. Elena and I are also very keen to establish a process by which the EWM network can be used as a mentoring framework between early career and advanced career mathematicians. Moreover, we would like to set up a formal funding call for EWM members to be able to apply for support when travelling to conferences and workshops as EWM ambassadors. And, like all of our predecessors, we will continue the battle for acquiring funding, raising membership numbers and keeping up with organising EWM summer schools and general meetings. In all of this, we are fortunate to be supported by a very active and engaged standing committee.

EWM: Can you tell us a little about how and when you decided to pursue mathematics as a career, and what led you to your present research area?

In my life things seem to have just happened. During my undergraduate studies I was awarded a prize for outstanding achievements as a student. I have never thought of myself in this way, but there you go. This prize attracted the attention of a professor in Salzburg (you see how important prizes are!) who offered me a position in his research project on mathematical methods for the analysis of paintings. I wrote my diploma thesis with him, and I loved it. So my first experience with mathematical research was really good and I owe my thesis supervisor huge thanks for that, because this is what made me think about the possibility of doing a PhD! For my PhD project I wanted to change direction a bit. My diploma thesis was on a very applied topic and I thought I would like to pursue a purer path for my PhD. I started out with a PhD in polynomial interpolation in Salzburg which turned out not to be the right thing for me. If it wouldn’t have been for the then head of the mathematics department, Peter Hellekalek, I would have probably stopped my mathematical career there. Peter encouraged me to apply for PhD places somewhere else, and this is how I met my second mentor and PhD supervisor Peter Markowich. Thanks to him I started working in the field of applied analysis, which is somehow bridging applied and pure mathematics by doing rigorous mathematical analysis on models that originate in applications. Partly due to my background in mathematics and arts, partly because Peter M had a project on the restoration of medieval frescoes at that time, I wrote my PhD thesis on partial differential equations for image restoration, a work that later turned into a book which has been published by Cambridge University Press this year. Anyway, my PhD time was extremely rich, interesting and inspiring. I worked on many different interesting problems, collaborated with excellent and creative mathematicians, did research in Austria, Argentina, California, the UK, and met so many precious and interesting people along the way. After finishing my PhD I went to the University of Göttingen to do a PostDoc. This is when I started working on inverse problems in imaging, in particular variational methods for image reconstruction in Magnetic Resonance Tomography. Coming to Cambridge one year later, I started building a mathematical group on inverse imaging problems, with whom I am now working in a broad realm of problems in image analysis, image processing and image reconstruction with various interdisciplinary links to biologists, medical physicists, forest ecologists, art historians, material scientists and chemical engineers. My research interests range from nonlinear partial differential equations to variational models, with applications in digital image analysis and processing. I study fourth-order nonlinear diffusion equations and non-smooth optimization problems, like the total variation functional, for image reconstruction and restoration, especially for what is called image inpainting, segmentation and object tracking and motion analysis in videos. Moreover, I work on computational methods for large-scale problems appearing in 3- and 4-D imaging. Within this context I am interested in both the theoretical and computational analysis of the problems considered as well as their practical implementation and their use for real-world applications like arts restoration, biomedical imaging and remote sensing.

Currently, my research focuses on customising variational image analysis models to applications by learning their setup from examples, as well as interdisciplinary work on tree segmentation in airborne imaging data in collaboration with forest ecology, cell tracking in microscopy images for cancer research, auto-contouring for image guided radiotherapy and restoration of illuminated manuscripts in collaboration with the Fitzwilliam Museum.

EWM: Sticking with your research, what are the results you like the most?

I really like the intra- and interdisciplinary aspect of my work. My research takes me through several mathematical disciplines, functional analysis, variational calculus, nonlinear PDE analysis, convex analysis and optimisation, inverse problems, and numerical analysis, and through my close collaborations with other disciplines I get to know aspects from cancer research, biology and plant sciences, as well as art conservation. This broadness in topics, the collaboration with many different kinds of people, as well as the fact that working with images is very visual – you see the effect behind your mathematical models immediately – makes my research for me extremely rich and exciting.

EWM: Apart from mathematics, what interests and hobbies do you have?

My second love in life apart from mathematics are dogs. Dogs are such wonderful creatures, genuine and true. My husband Bertram Düring (who is a mathematician too) and I have a four year old Flat Coated Retriever girl – amazing dogs really. We enjoy going running and hiking with her, she is an excellent companion and forces us to switch off from time to time.