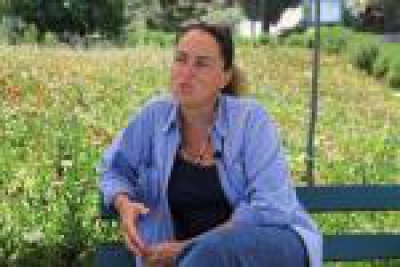 Dr. Betül Tanbay defended her Ph.D thesis in Mathematics at the University of California, Berkeley, in 1989. She is the head of the Turkish Mathematics Society, and she is member of the Raising Public Awareness Committee and of the Ethics Committee of the European Mathematical Society. As well as her active scientific career, she is also married with children.

How and when did you come to choose a career in Mathematics, and was your decision supported by your family and friends?

When I look back, I have the feeling I never “chose” a career, it was a natural continuation of a desire to know more mathematics.

Are you aware of a significant number of women in your country working in modern fields of Mathematics? In particular, are there many women in senior positions?

Turkey is sitting on very old and culturally rich soil, so it has complex properties. About one woman a day are killed by their husbands who refuse their wish of divorce. On the other hand, half of my department consists of women, the president of the turkish mathematics society is a woman, the rector of my university is a woman.

Regrets? I have a few…:) Not having learned more! Every single day, even when I read a newspaper, I am happy to see how mathematics can help to keep our brains serene, in a world where “civilisation” and “humanity” are in serious crisis. What is hard in Mathematics is the degree of dedication needed. It is a possessive field, to be good you have to fully concentrate.

Are there dedicated efforts to encourage women to undertake advanced training in Mathematics in Turkey?

Even in the phase of our history when people would say, “my son should study but not necessarily my daughter”, once you were part of the women who studied, no-one told us that, “women are not good in math”. This must be an occidental myth.

What advice would you offer to a young woman aiming for a career in Mathematics?

For a woman who does not want children, the same I would to a man, that it is a wonderful choice. To a mother or a mother-to-be, I would warn that research and motherhood can have space-time problems.

Could you also write a few lines, understandable to non-experts, briefly describing the topics of your research and your favorite personal achievement in Mathematics?

I fell in love with a long-standing open problem, a year older than me. It was set by Kadison and Singer in 1959, physics being the source and operator algebras the possible solution. They had shown that in the continuous case, pure states extensions from some subalgebras (masas) to the full algebra of bounded linear operators were unique and conjectured that the same was true for the discrete case. Many “small and big guys and girls” worked on the subject until last year the solution came from polynomials! All I can say is that I am proud to be on the reference list of the solution paper and that a few collegues named p_B a projection I got stuck with !!!

You are quite well known around Istanbul as a member of the Taksim Platform (TP). Could you tell us a little about this movement and your part in it?

We formed TP with an architect friend in 2011, after general elections where the main promise was a civilian constitution (allow me to remind the readers that all constitutions written in the Republic of Turkey so far have been written by the military). A so-called “crazy project” was also launched during election campaign on Taksim square which totally ignored citizen participation and annihilated the environment, the history and the pedestrian life of the square. We said, “let this project be a rehearsal for the new constitution which would reflect our wish to live together”. Unfortunately the participation demand has been responded to by a politics of polarization and authority which lead to the famous “Gezi protests” of the youth all over Turkey.

Why do you find it important to be politically active, when you must already be extremely busy with your research and family life?

I do not find it important to be politically active, I am wishing to live in a neighbourhood where I can peacefully do mathematics and enjoy life… but mathematicians also need to breathe and to walk!!!