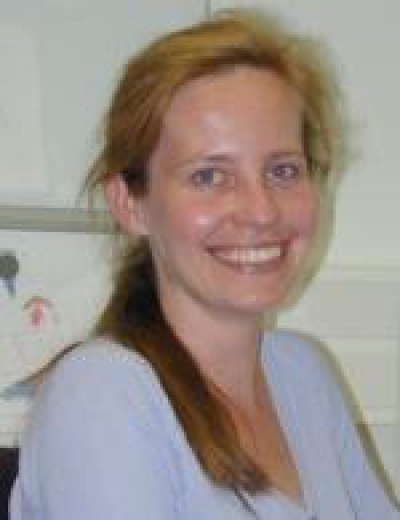 Barbara Kaltenbacher obtained her bachelor, master and PhD from the Johannes Kepler University in Linz. After a couple of years of postdoc at the same university based on a career grant, she was a leader of an Emmy Noether junior research group at the University of Erlangen-Nuremberg, Germany, and held temporary professor positions in Erlangen-Nuremberg and Göttingen. She has been a full professor at several universities in Germany and Austria, such as University of Stuttgart, University of Graz and University of Klagenfurt (to start in March 2011), where she has advised five PhD students. Her research interests are mainly in the field of inverse problems, with focus on regularization methods, parameter identification in partial differential equations, optimization with PDE constraints, direct and inverse problems in piezoelectricity and magnetics, nonlinear acoustics. Her research in these areas has led to about 50 journal publications and a number of conference articles. Mother of three children, she has also been very active within the scientific community as a conference organizer, third-party project leader and so on.

EWM: According to some statistics, Austria has one of the lowest percentage of women professors in mathematics in Europe. Germany has a slightly higher percentage. You have been a professor in both countries. What do you think are the reasons for the small percentages in these countries?

BK: The percentage for full professors is currently 5.6, in absolute numbers there are four women professors out of 71 full mathematics professors in total in Austria. For “außerordentliche Professor” (associate Professor), the women represent approximately 5%: they are 7 from a total of 132. I think the reasons for this low percentage are mainly traditional role models, which are still relatively strong in Austria and Germany at least on a subconscious level. There is some hope that things will change as the number of female PhD students has definitely increased in the last few years. But it is also necessary to keep on trying to convince women to apply for academic positions and to provide an appropriate framework for them. There are countries in Europe where the women to men ratio in mathematics is much better, partly because of better child care facilities and partly because of different traditions, e.g. in the eastern European countries. But I have also heard that one reason might be that these are not very well paid jobs (which is a plausible but not very nice reason, of course). Certainly also the programs for supporting women in academia help a lot, but they are just about to start taking effect on the professor level.

EWM: There are efforts in both Austria and Germany to support women working in academia, through several scholarships and grants. Have you ever been supported in your research in such a way? Do you think this form of support for women in sciences is appropriate?

BK: While working on my habilitation, I had a Hertha Firnberg grant from the Austrian Science Foundation, which is a really very well planned and organized program, I think. It covers all areas of research from medicine to philosophy and it was really interesting to get to know women in completely different fields, learn a bit about their work, and find out that they often had quite similar problems as I had – e.g., asserting their position at the department where they were working or managing child care. I think for such a program to work effectively, it is always important to point out that the candidates are very well selected according to their scientific qualification, so that such a grant can also serve as a good argument in the selection process for a professorship.

EWM: How many hours in an average day do you do mathematics?

BK: It depends on what kind of mathematical work I am doing that day. When I do teaching, I can switch on and off, but when I am working on some theorem, it is basically permanently on my mind. Sometimes I even dream of a proof – unfortunately, usually I have forgotten it when I wake up.

EWM: What does the daily routine look like in your family? Can you sketch the schedule of the family in a working day?

BK: We have three children (13, 8, and 1.5 years old) and my husband works at a different university than me (University of Klagenfurt). When we returned to Austria two years ago, we decided to first of all live in Klagenfurt since at that time the chances seemed to be better that some day both of us would get a job there (which actually turned out to be true). At the moment I am still commuting to Graz, so I usually get up at six to catch the bus to Graz at 7:20. My youngest daughter Katharina comes with me (sleeping in her baby carrier on the bus) and spends the time during my working hours in the day care in Graz, very close to my office. We return home at seven in the evening. Meanwhile my husband is responsible for the two older ones, who return from school at 4:30 p.m. and 5:30 p.m., respectively. While having dinner together, we talk about our school and work day and Katharina receives all the hugs and kisses from her brother, sister, and father, that she has missed during the day. This kind of family life is somewhat challenging, I must admit. We are used to it since I got my first professorship at the University of Stuttgart in 2006. Luckily I will have a position at the University Klagenfurt from March 2011 on, which will make things much easier.

EWM: What do you suggest EWM does in order to increase its chances of achieving its goals?

BK: I think I do not know EWM sufficiently well yet to make serious suggestions. I have the impression that EWM does a very good job in supporting women mathematicians by promoting networking via the meetings and by providing role models and interesting information via the newsletter. A possible additional idea could be some kind of mentoring program – I had very good experiences with such a program in Erlangen – but of course it is not sure whether this would work over distances just via email.