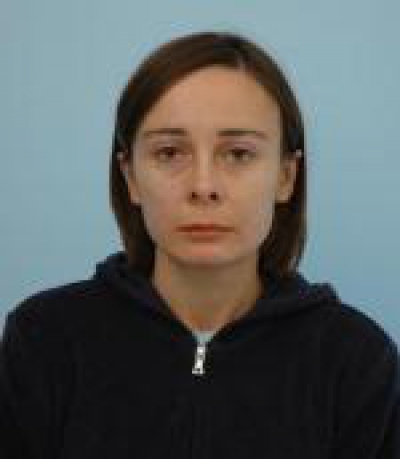 Agata Smoktunowicz is a Professor in the School of Mathematics at the University of Edinburgh.

She obtained her PhD in 2000 at the Institute of Mathematics in the Polish Academy of Sciences. Since then she has been employed as a researcher at the Polish Academy of Sciences. In 2003-2005 she held a prestigious J W Gibbs Instructorship at Yale University. In summer 2005 she was appointed to a Lectureship in the University of Edinburgh. In 2007 she was promoted to a Personal Chair at the University of Edinburgh. In addition, Prof. Smoktunowicz holds an EPSRC Advanced Research Fellowship (2006 – 2011). In June 2011 she will hold a visiting Emmy Noether Professorship at the University of Goettingen in Germany.

Agata Smoktunowicz has solved a number of very difficult questions in the area of general ring theory and noncommutative algebra. As an indication of this success, she was invited to give a 45 minute talk in the Algebra section at the International Congress of Mathematicians in Madrid 2006. In 2008 she received an European Mathematical Society Prize at the European Congress of Mathematicians in Amsterdam, Netherlands. In 2009 she was awarded the Whittaker Prize by Edinburgh Mathematical Society. In addition she received Professorship from the President of Poland in 2010, special Latina Image Prize in Italy in 2009, and several prizes in Poland, including Waclaw Sierpinski Prize, Prime Minister prize for Habilitation, Bialkowski Prize, and Foundation for Polish Science Prize. In 2006 she was awarded a Whitehead Prize by the London Mathematical Society.

She had so far one Ph.D student: dr. Michal Ziembowski, who now works as Assistant Professor in the Faculty of Mathematics and Information Sciences at Warsaw University of Technology.

EWM: What do you regard as the most important result in your career so far?

AS: Showing that simple non-commutative nil rings exist. This answered an old conjecture of Levitzki, Kaplansky and Jacobson. Nil rings are associative rings in which every element to some power is zero. They can be viewed as an analogue of torsion groups, and were even used by Golod and Shafarevich to solve the Burnside Problem in group theory in 1964.

Many of my colleagues believe that showing the Artin-Stafford Gap Conjecture is true is undoubtedly my best result.

It says that there are no graded domains with Gelfand-Kirillov dimension strictly between 2 and 3. Prof. Stafford later interpreted this as follows: ‘There is nothing between curves and planes’ [in noncommutative projective algebraic geometry]. As I built upon previous results of Artin and Stafford I didn’t need to use algebraic geometry, only ring theory.

My sister-in-law, Edyta, was very surprised to learn that mathematicians think there may be something between two and three!

EWM: What was the significance for you of receiving the 2008 EMS prize?

EWM: Can you briefly tell us about some future objectives of your professional activity?

AS: I would like to continue my research into noncommutative ring theory.

EWM: What do you know about EWM? Do you have any suggestions regarding future EMW activities?

AS: I know that European Women in Mathematics is an international association of women mathematicians founded in 1986. It promotes scientific communications, encourages women to study mathematics and provides related information. I have always admired women mathematicians, for example Emmy Noether and Sophia Kovalevska. I was very happy to get a visiting Emmy Noether professorship this June at the University of Gottingen where Emmy Noether worked and Sofia Kovalevskya received her Ph.D. Emmy Noether’s research formed the fundamentals for noncommutative ring theory.

It would be great to have more conference support opportunities for women working in Eastern Europe and to see more career opportunities for mathematicians who completed their Ph.D.’s perhaps 10 or 20 years ago.